Earlier in the fall, we blogged about the damage done to the camp’s roads bridges 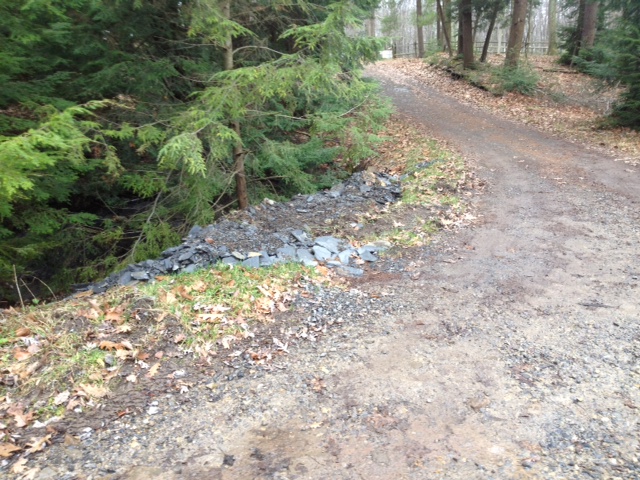 by the severe storms and hurricanes that came through in early September.  Now we are happy to report that thanks to your support the work on the camp roads has been completed and the bridge spanning the creek between Boys’ Camp and the rest of camp has been rebuilt. 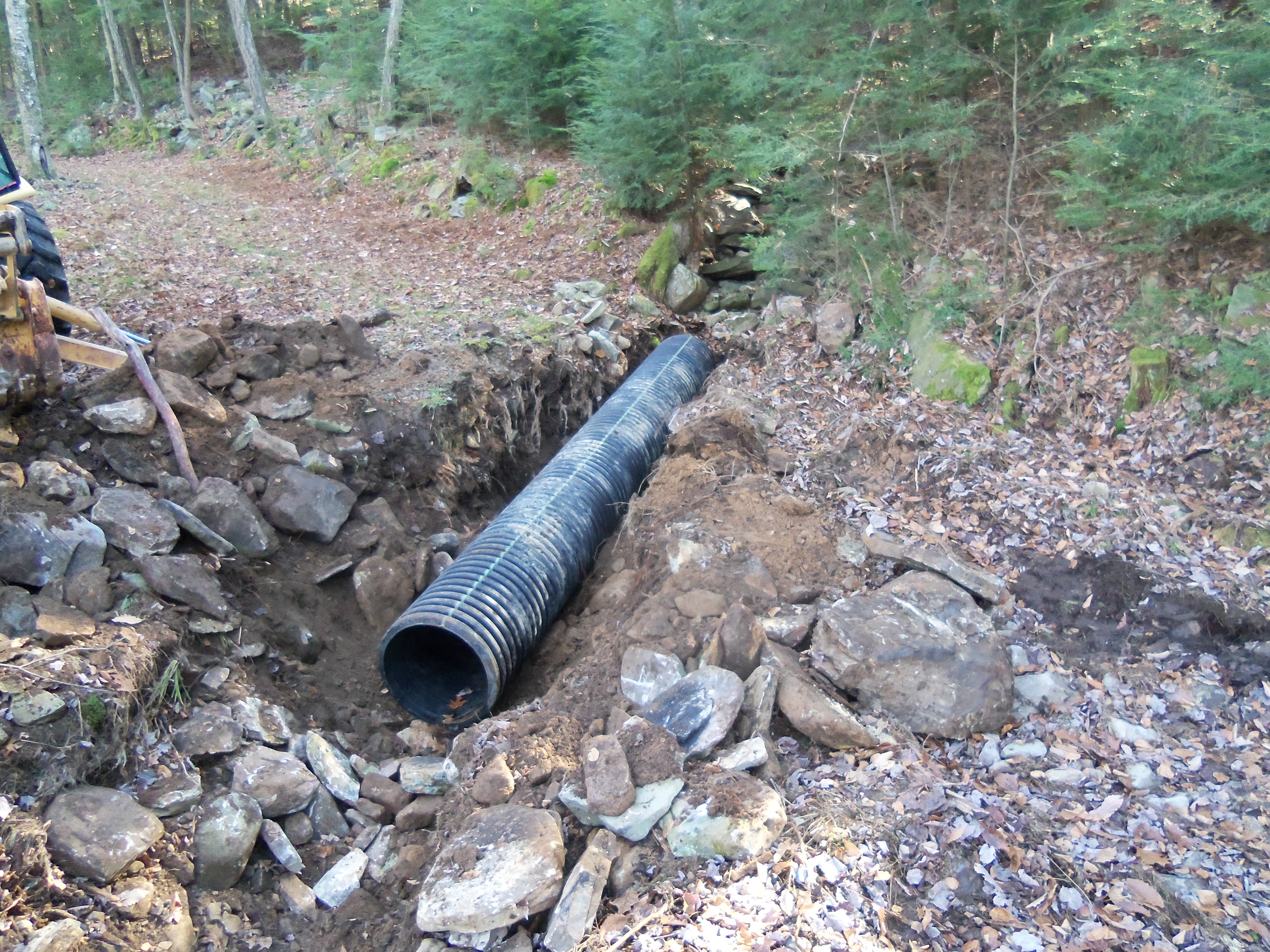 Many truck loads of gravel were needed to repair the camp road and fill in the tire-swallowing potholes and gullies that the storms left behind.  A large backhoe was brought in to do some of the hardest work, but camp staff and volunteers 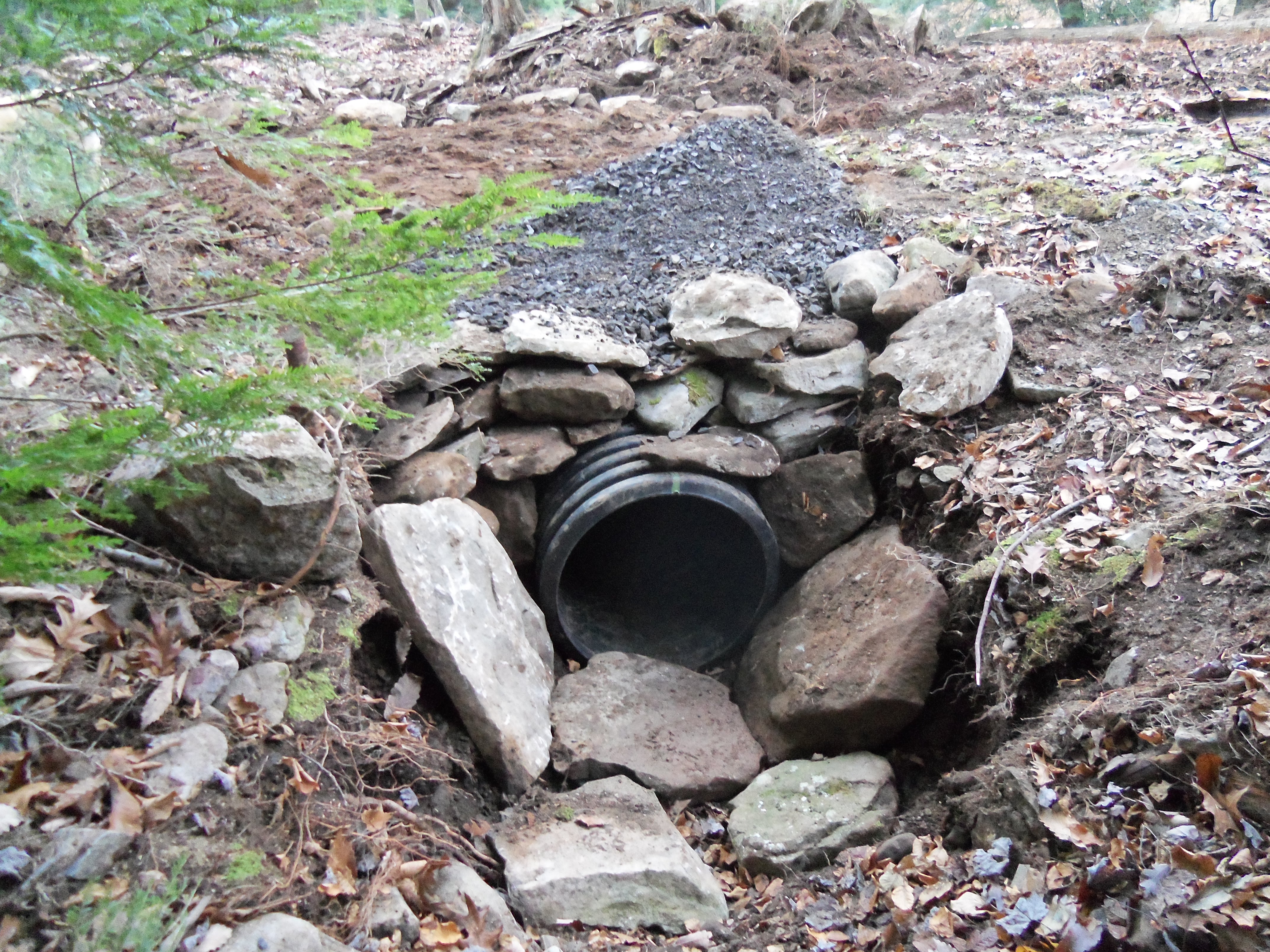 put in many hours of work with picks and shovels to complete the job.

Culverts under the ski trails had also been dislodged by the storms – they were fitted back in place and the trails around them repaired.  Let the cross country skiing begin!  Our trails are also ready for next summer, when campers will be riding over these repairs during mountain bike adventures and horseback trail rides.

But the real feat of engineering was rebuilding the Boys’ Camp bridge, and 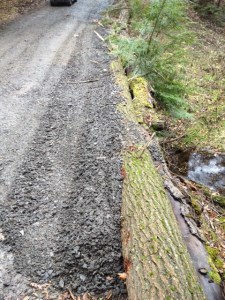 reconnecting it to the rest of camp.  Massive trees from the camps’ own woods were harvested to span the creek and stabilize the road bed.  The photos can only tell a small part of the story of this major bridge building project.

A very sincere and warm thank  you to all of you who responded swiftly in caps’ hour of need!

Come and check out these projects for yourself during our Winter Camp Friday, December 30 to Tuesday, January 2!  Reservations are coming in daily, and we’re almost full so call soon!  Start the New Year with an inspiring and fun-filled weekend.