How have lessons learned at camp impacted your life outside of camp? Ginger Mack writes about World Cup Soccer Day and how the ideas she learned that day  still apply to the teamwork she’s done since then!

It Takes a Team by Ginger Mack

World Cup Soccer day was a big deal at the camp where I worked this past summer! The girls’ and boys’ camps divided up into six teams represented by different countries from around the globe. Even for me as a staff member, with meager soccer skills, I wondered, “Which team will I be on? Will we make it to the championship games?”

The enthusiasm grew as World Cup day grew closer. Much like sports reporters, campers had strong theories about the top players and best drafts. I often heard campers say, “If we could only have this person on our team we’d be sure to win!”

Well, my team, team Brazil did end up with the best player, a guy from Mexico. We played alright in the early rounds but as we continued to play I saw that maybe we’d relied too heavily on our “Santiago.” When our team didn’t make it to the final rounds. I realized that no one can win a game alone; it takes a team to stay open for passes and maintain a solid defense. This lesson of what it means to be a team had a big impact on me.

I thought about this lesson in the context of church. It takes a team to be a church. Each person is needed to carry out the functions, contribute fresh ideas, and support the healing work of church. We can’t rely too heavily on certain people, nor can we underestimate the role that each member, visitor, Sunday School student, and young child has at church. 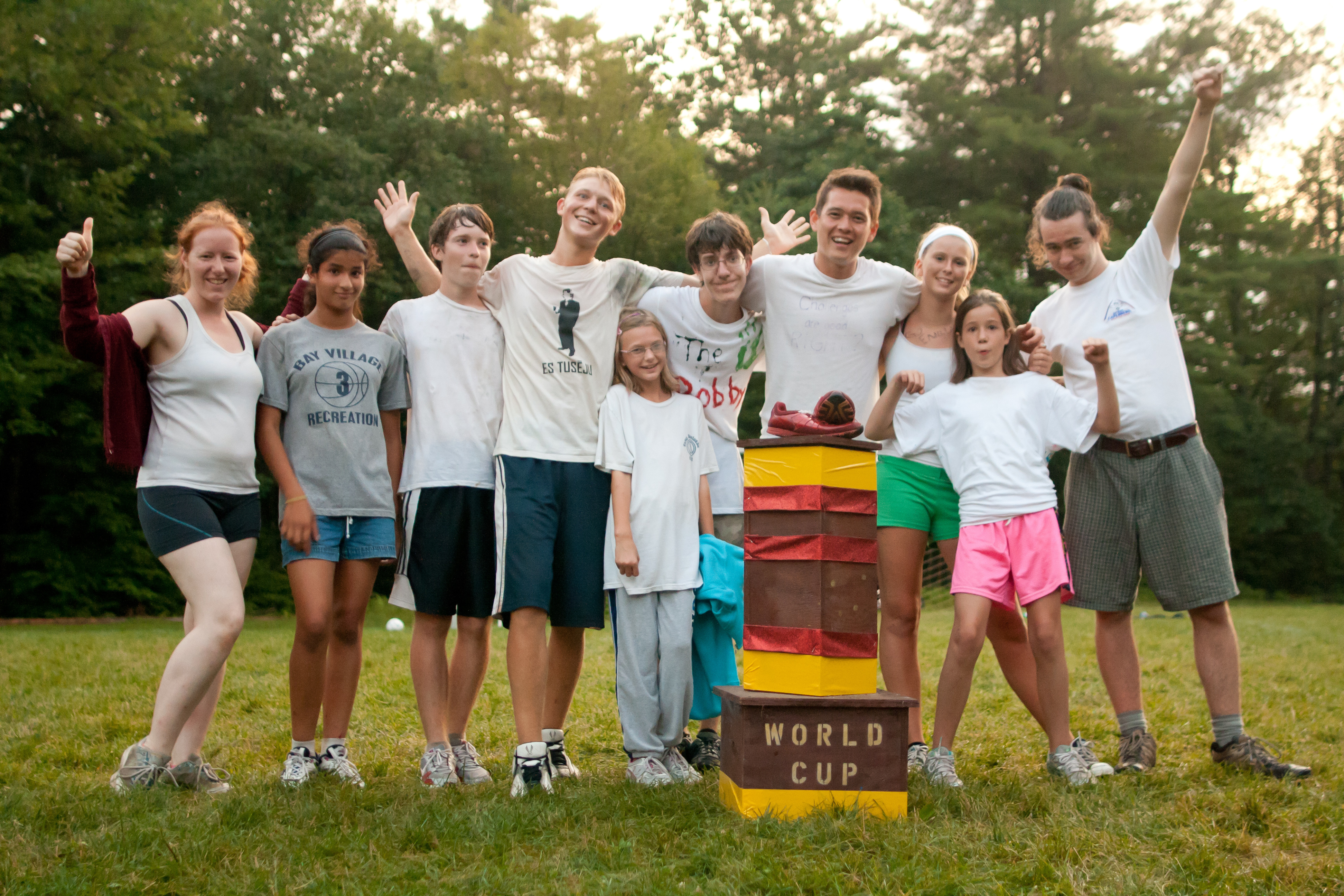 There is a classic sports slogan, “There is no ‘I’ in team.” Teamwork requires that we relinquish our own selfish pride or will and find the unity and gift in our collective endeavor.

Mary Baker Eddy wrote this poetic explanation of unity, “As a drop of water is one with the ocean, a ray of light one with the sun, even so God and man, Father and son, are one in being” (Science and Health, p. 361).

Each drop of water, each member, each ray, and each child is needed as a proof of God’s greater wholeness. We can’t wait on the sidelines. Spiritual fitness is required of us all. Each one of us fills a different niche and role on the team, to be authentic and bold- to “love one another” (John 13:34).

Last spring, I was working on a church project where I felt like the rookie. When no one else volunteered to head up the logistics team I agreed to do it. I had always thought of myself as more of an ideas person less interested in dotting I’s and crossing T’s, but I was willing to do my best.

With a daily barrage of emails and communications I felt overwhelmed by everything that needed to get done. I was also afraid that the team at large would be disappointed if I “dropped the ball” and forgot or failed to do something.

During this project, I found my most effective prayer was to step away from my computer, go for a walk, and be clear that the purpose of this event was to honor God. So many times when I felt mentally scattered, these prayer walks would bring clarity about what tasks should get done that day. I gained courage to know that I did have a gift to give because I am an expression of God. I also learned to delegate and employ other people’s talents.

The event went well. By the end, it wasn’t so much the pieces and parts that I remembered but seeing God at work. This lesson taught me that there is a might, strength, and humility to teamwork because God is multi-faceted and steadfast.

Sure, I have much to learn about how to be a team player, so I am keen to keep with it, especially in the realm of church where God is #1.

Republished with permission from the author, Ginger Mack, CS www.lovesdivineadventure.org. Originally published for the Church Alive blog at Christian Science.com.

What ideas have stayed with you since camp? What did you learn this summer that is still with you today? Share your thoughts below!