You’ve seen the flags.  29 of them, each one representing campers and staff from a different county, hanging from the rafters in the Dining Hall.  But did you know they represent a history going as far back as the 1950s of international campers and staff attending Crystal Lake Camps? 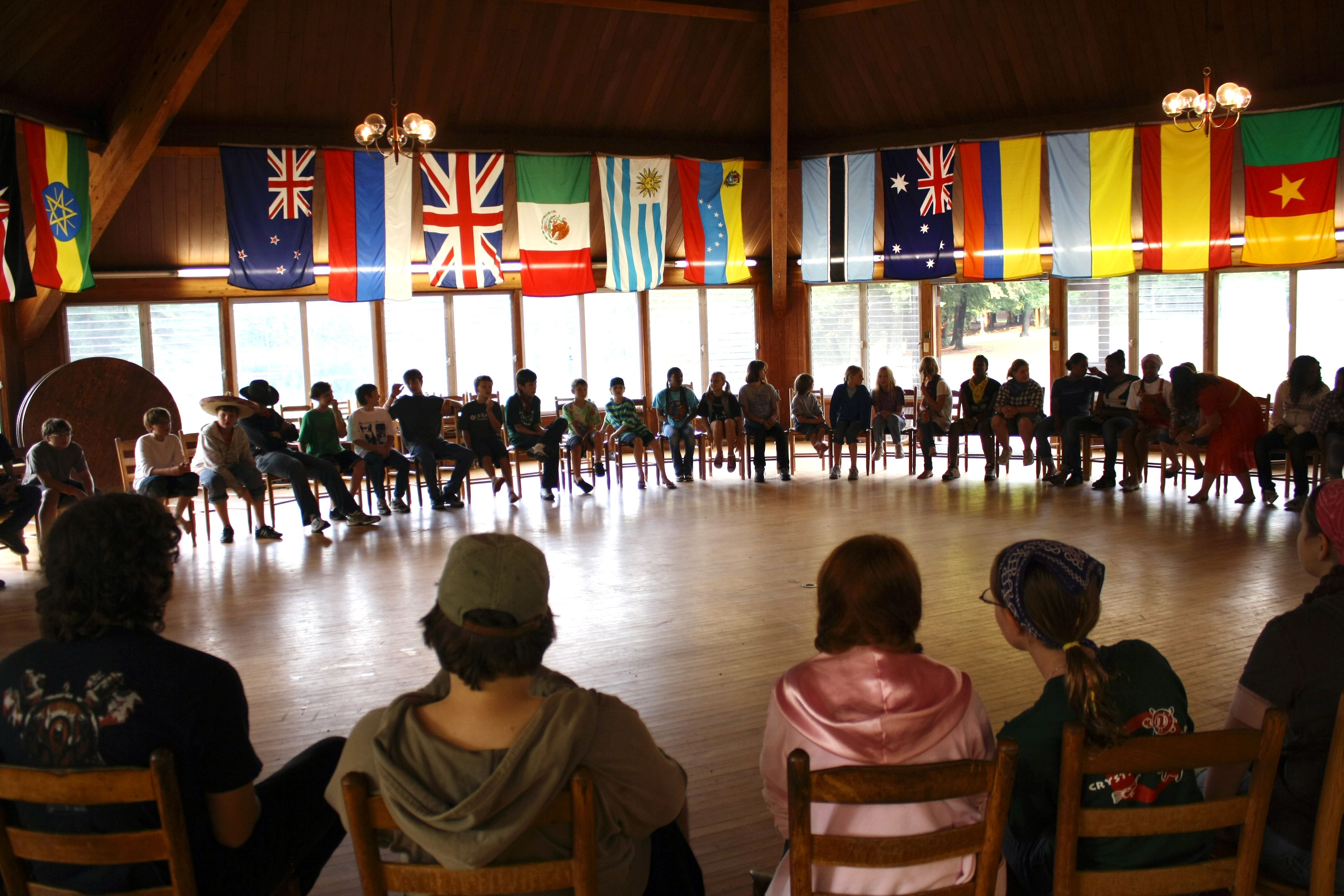 I was one of those campers who came to CLC from Mexico when my family lived there for four years.  And the other day I began to wonder just how this CLC tradition started.  I guess I’ve always taken it for granted. So I started asking around.

Did you know that the CLC Camp Director was once in the CIA? That the Cold War between the US and Russia first started to thaw at CLC – with a letter from a Russian girl almost 40 years ago? And that letter started a chain of events leading up to today, with 2 Russian campers coming to camp this year?

Here’s what I learned. It’s coming to you in 3 parts, so stay tuned!

PART 1: Moscow and the CIA

Almost right from its birth, Crystal Lake welcomed those traveling from afar.  Campers from England, a Dutch counselor, and other staff from Australia and Indonesia were among the first to come overseas to CLC in the 1950’s and 60’s.  But their presence was sparse, and there was no real system in place to offer aid or to support others in coming.

Before Joe Alford (son of the founders, Mr. and Mrs. Alford – affectionately known as Uncle Charlie and Aunt Kay) and his wife Dottie became the camp’s directors, their love of culture and language led them into some unusual jobs, and produced some surprising coincidences for camp later. 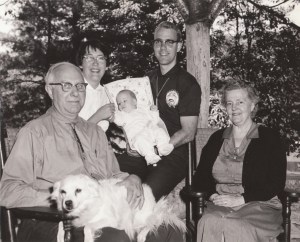 When Joe was in the army, he was posted to a language school in California, and assigned to learn Chinese.  His next assignment was in D.C, teaching Chinese for the army.   Dottie had always been fascinated with Russia, and was an 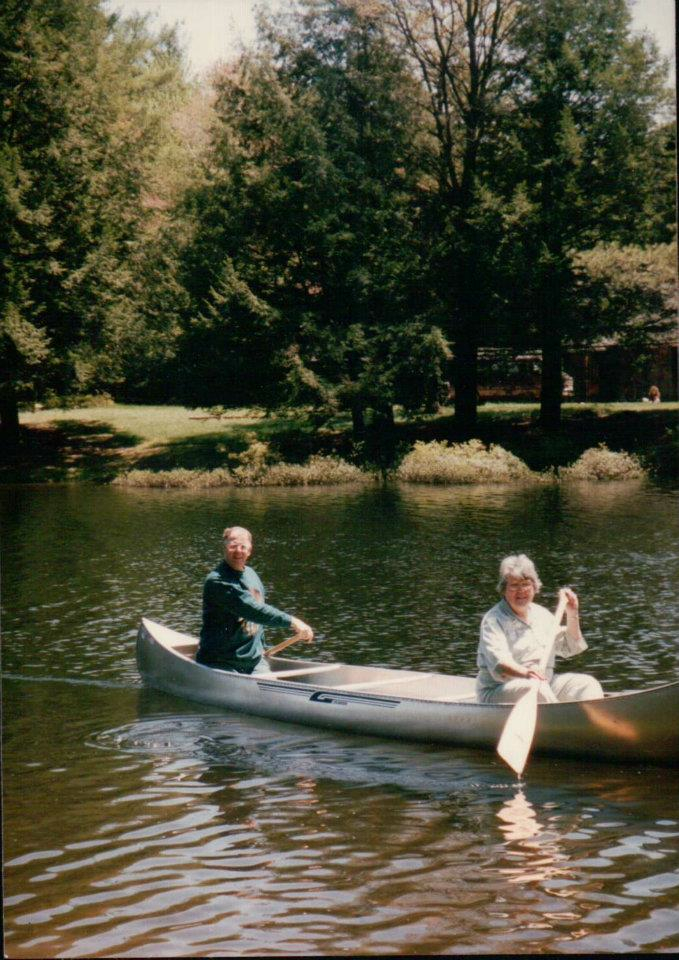 Joe and Dottie on Crystal Lake

international relations major in college. She eventually got a job with the CIA translating French.  The CIA then taught her Russian so that she could translate in Russian – a dream come true for Dottie.

(As a side note – this is how Joe and Dottie first met, both working for the government in D.C.)

Then in the late 1980’s a very determined 15-year-old girl from Moscow, Russia wrote to Dottie Alford.  Dottie and her husband Joe were running Crystal Lake, and their past suggests that this letter from Moscow was no coincidence.

So when Dottie received a letter from this very eager girl in Moscow, asking if she could attend camp, Dottie didn’t hesitate to write back.  “It was so exciting!” Dottie says, “I made many trips to the post office, back and forth, to make it happen.”

Interestingly, this girl did not grow up in Christian Science. In fact, she learned about it when a previous CLC counselor came to stay with her family on a visit to Moscow.  This dynamic counselor introduced the girl to Christian Science by helping her with a healing of a headache.  So the girl sent letters to all the Christian Science camps that spring, and attended Crystal Lake Camps that summer.  She continued coming well into her counselor years, and paved the way for a group of Sunday School students from St. Petersburg, Russia to start coming a few years later. 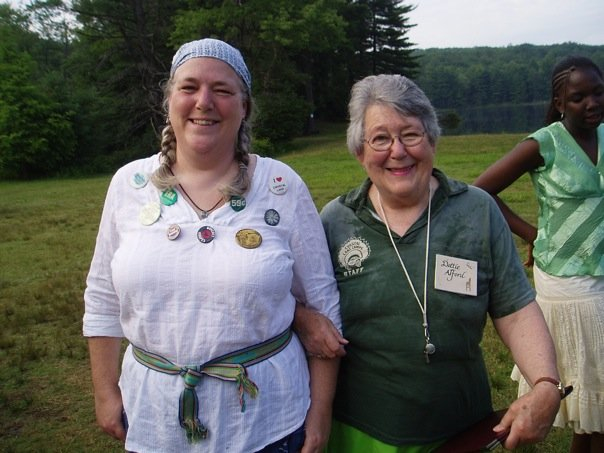 “To [my parents] this was a wonderful, expansive idea of what camp was all about,” says Anna Alford, daughter of Dottie and Joe, who continued the family tradition and became Camp Director in 1997. “Their thought was always open to it… so when they got this letter from Russia they were open to it even if it didn’t make financial sense.”  Dottie had always loved the idea of an international camp, and knew that there was a spiritual law at work –  “Cherishing the idea brings it to you”, she says.

But getting to this point was not without its challenges.  The momentum to accept more campers every summer from Russia didn’t just happen on its own.  CLC had to make some tough decisions first.  Racial obstacles had to be faced. The way had to be paved for more diversity first on home turf.

3 Comments on “What do the CIA, President Johnson and Mexican cheese have to do with CLC?”