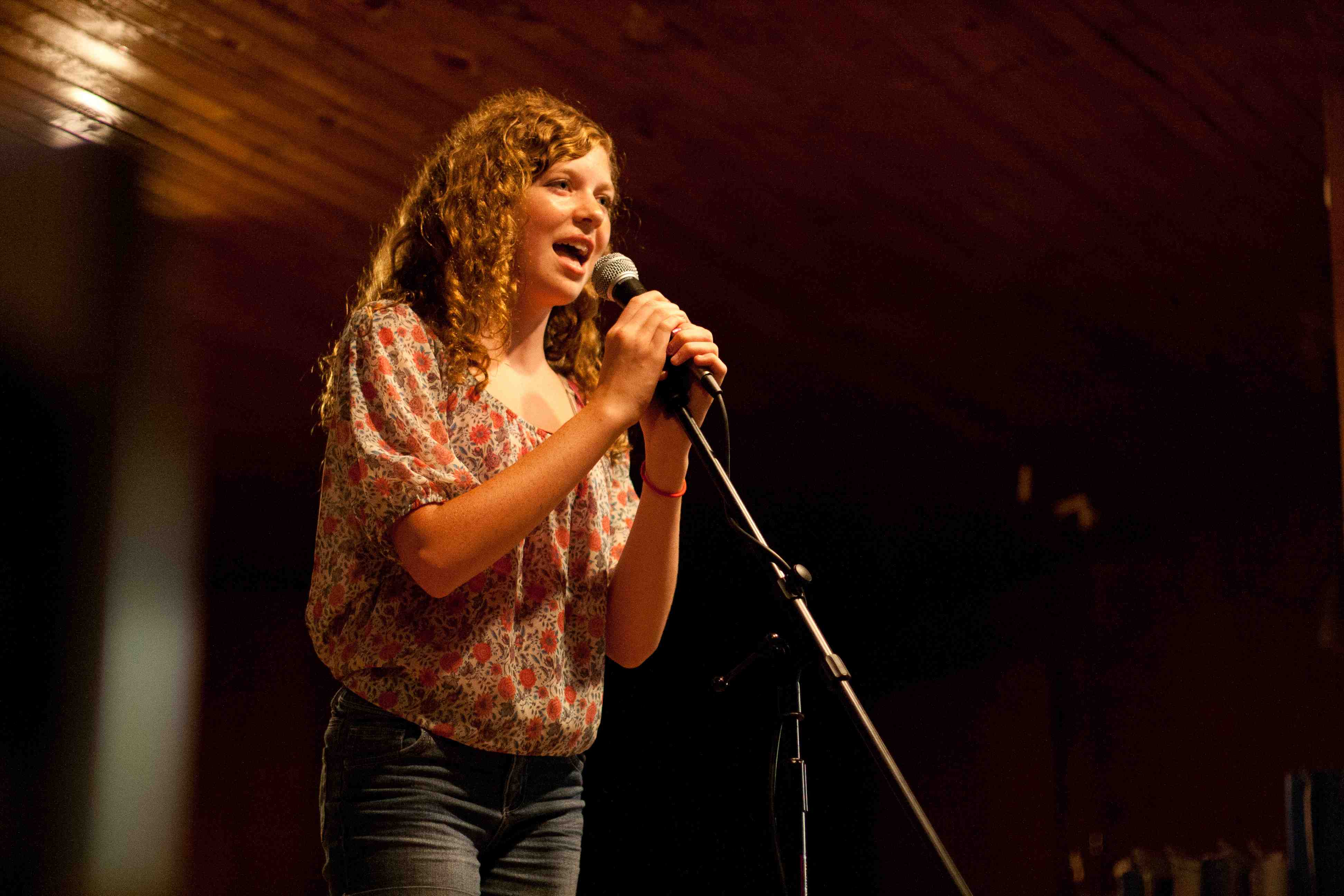 We sing a lot at camp. From School of Rock class to hymn-sings after vespers, from grace before meals to hilarious sing-alongs at morning assembly, from clan cheers to joining hands for “Symbol of Serenity” at council fires, we join 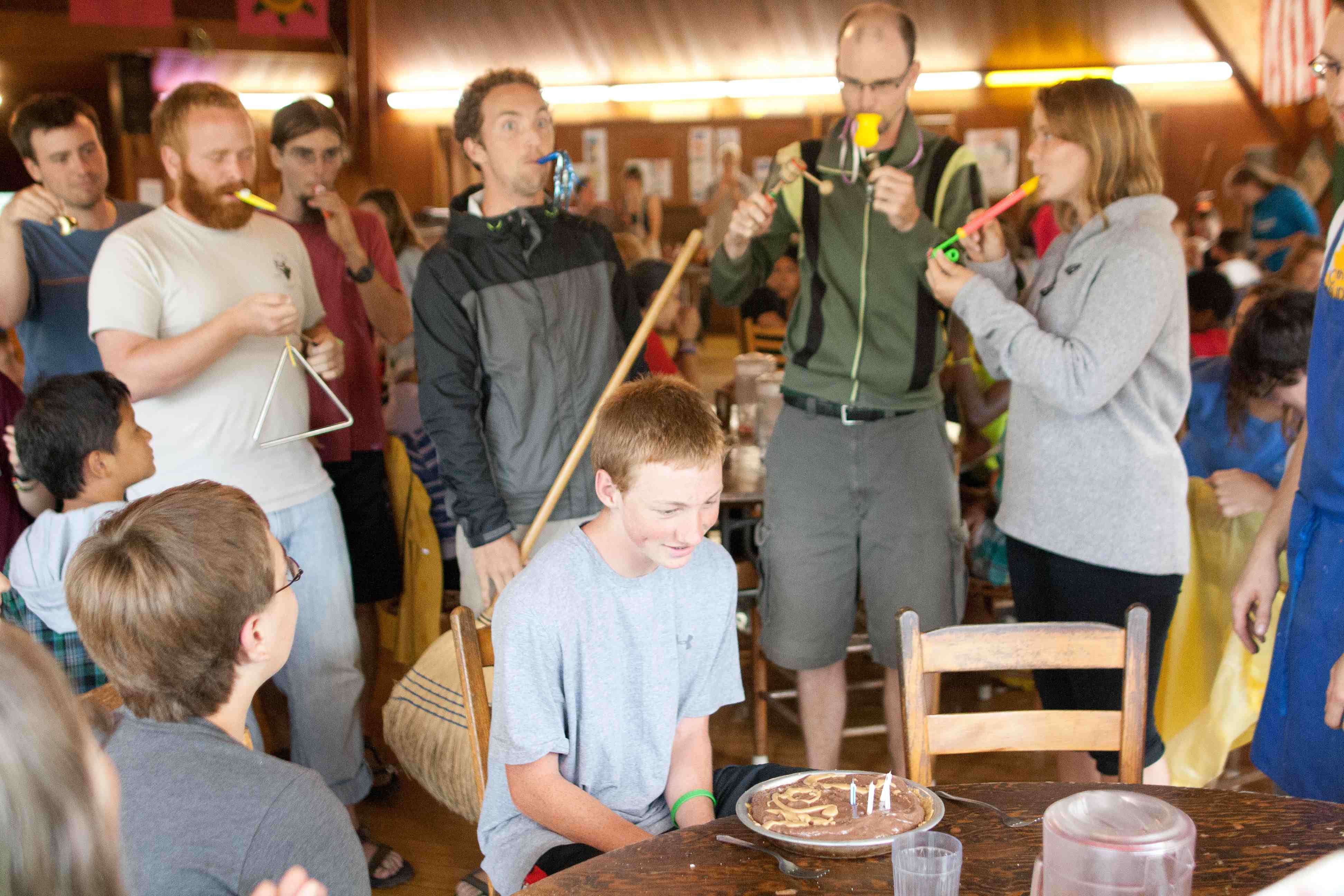 together in song. It is part of the inclusive, non-judgmental, loving environment that makes many campers and staff members think of CLC as home. Some of us sing out (like counselor Weston, the opera-aficionado) while 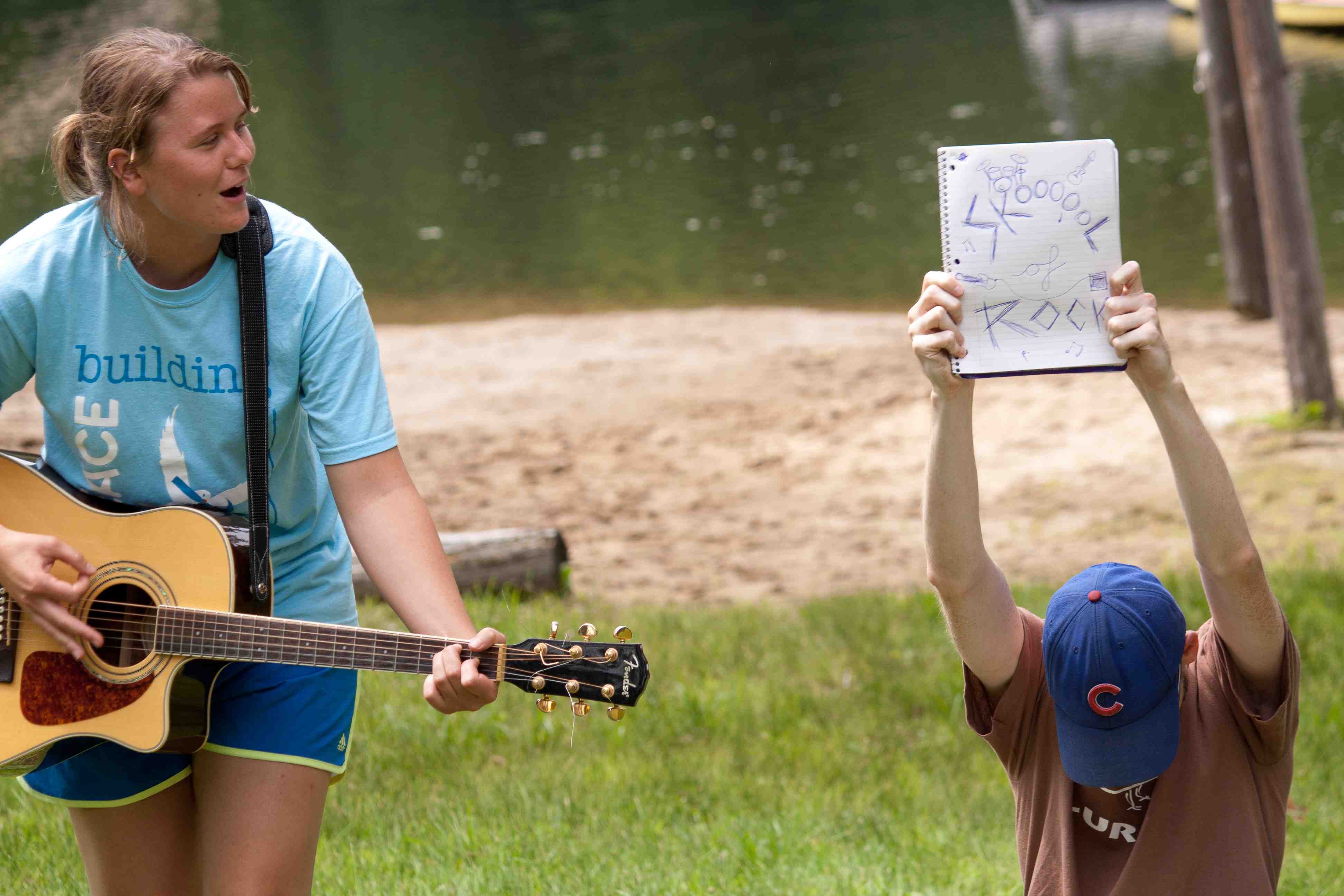 others are a little more shy…at least until it’s time to sing their favorite song from mornings at the flag pole. (I personally love “Penguin Company” best. Ask a camper.)

The shy campers are my some of my favorites. After all, I know what it’s like to be nervous about singing. I’d never sung out anywhere until a school talent show when I surprised everyone by singing and playing guitar. Much to my surprise, my friends loved it! Suddenly, everyone was inviting me to join choir. I guess I was a singer all along. All I needed was the opportunity.

It wasn’t until I began writing my own songs that I really found my voice. I remember bringing my band’s first demo tape with me as a camper and sharing it with some of the counselors. They particularly enjoyed a punk ska tune that, like all my songs, was about a girl I liked. For a decade, this bottomless well of inspiration served as my principle source material until, at the urging of a church friend, I wrote my first spiritual song. This song, “The Sun Rises After the

Darkest Night,” reflects on overcoming a challenging time, one spent praying and finding inspiration in the lyrics of hymns. (One line from Hymn 64 comes to mind: “From mist and shadow into truth’s clear day.”) One of many, I’ve performed that first spiritual song in front of almost a thousand people at the Midwest Church Alive Summit and had it heard by even more people internationally as part of the TMC Youth/Time4Thinkers podcast of spiritual songs, “The Weekly Musician.” Like with singing, I guess I was a spiritual songwriter all along. 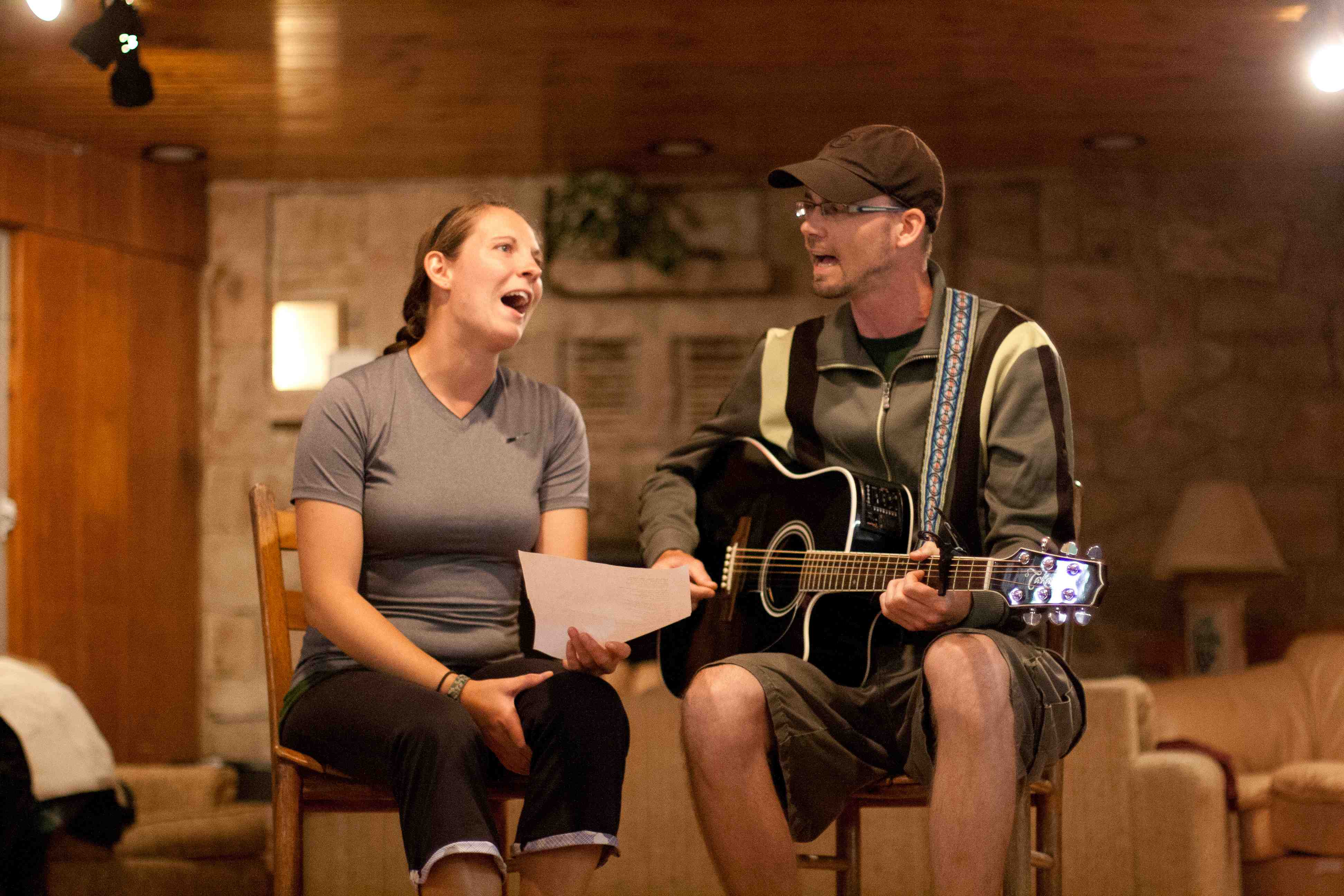 Brad performing at camp this summer

It is with that spirit of encouragement and the desire for growth that I taught a songwriting class at CLC last summer. I invited the campers to try giving their songs a spiritual slant, wondering if all my students needed was the opportunity to do so. For one student, Tammy Tuckey, class ended with a performance of her song and a recording which you can hear now, along with many other sounds from Crystal Lake, summer 2012. It’s all recorded for you to hear. Talent shows, vespers, morning assemblies, end-of-session banquets and one tune written at the most musical table the dining hall has ever known. 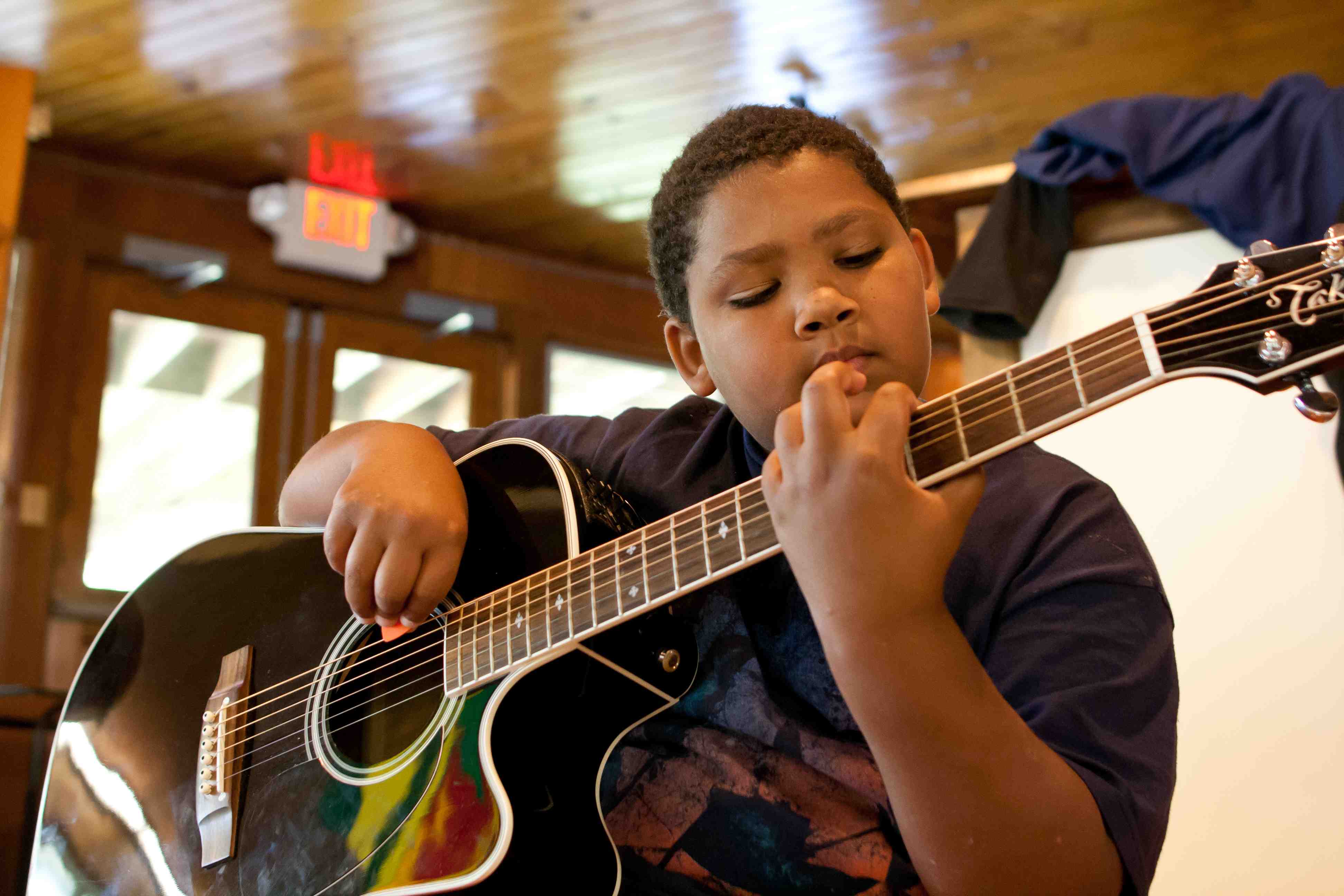 When I listen to these recordings, camp doesn’t feel so far away and all the memories of summers at Crystal Lake come flooding in. I hope it does the same for you.