Our Fall Cleanup Weekend 2013 was a huge blessing for camp! We had sooooo many helping hands and we got an entire months worth of hard work done in two days altogether! Midst the hard work we had even more fun, cause you didn’t think we wouldn’t have fun while working did you?! 😉

We all had an amazing time, even in the cold, getting so many tasks done and laughing the whole time, enjoying each others company to the fullest kept us warm and filling fulfilled. While each and every person had their own special perspective to the weekend, we asked Jo Bridges (a lieutenant in the Navy) to give us her fun and giving perspective. We all had so much peace and passion for getting things done, and in such a God-like manner. Here’s Jo’s story! 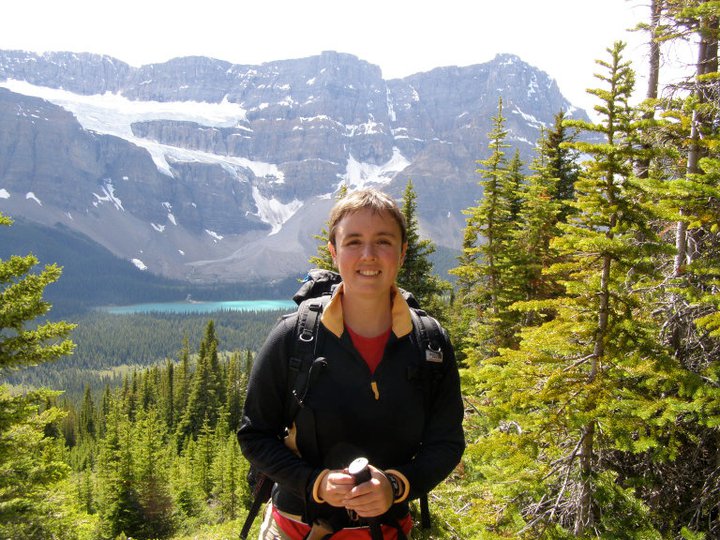 Some brief history of Jo…
I’ve been in the Navy for 6.5 years. I am a lieutenant. I am currently stationed in Northern Virginia on shore duty. I have been stationed out of Yokosuka, Japan. I was the Anti-Submarine Warfare Officer (ASWO). My last command was the USS Dwight D. Eisenhower out of Norfolk VA. I served as the Reactor Mechanical Division Officer.

Work Weekend
Pumpkin Chucking! Shrub Pulling! Hammer Nailing! And so much more!!!! This should have been the advertisement for the work weekend at Crystal Lake Camp last weekend. I had the opportunity to drive up to Crystal Lake Camp to help close up from the summer season and to get ready for the winter. It was a wonderful opportunity to help out a great cause, meet new people and learn more about Christian Science.

I had the chance to work on a verity to projects while I was there. One project involved cutting down a vast number of rather large bushes to clear the view to the lake. We were given large hedge trimmers to accomplish our task and at first the project seemed a bit daunting.

The slope down to the bushes was steep, the branches on the bushes were rather large for the clippers and then we had to drag the cut branches up the slope to the trailer. It seemed a bit over whelming (at least I was overwhelmed). But you learn so much from all the people that you work with!

There were two young kids who were working with us. I learned from them that where I saw a lot of hard work, they saw fun! They pulled the shrubs out of the earth with just their hands and chopped down large bushed with clippers that seemed way to big for them! Watching them see this task as a joy, as a fun opportunity, rather then a seeming impossible task for the afternoon was inspirational! It is amazing what we can do when we are centered on God and not what the material world belief is trying to tell us.

Soon we were all clipping down bushes and hauling them up the hill with freedom and joy. Then someone came along with a chainsaw to help and we all worked together to drag the larger branches up the hill. At the end of the afternoon, when we had to load the trailer with the cut limbs, more people showed up to help! What seemed like a hard job at the end of the day was made easy with so many helping hands!

While we did a lot of work we had even more fun! Our labor was not really “work” it was done in love, joy, peace and harmony. Love for the camp and the joy that it brings to everyone…. And a really amazing slice of chocolate cake at the end of the day helped too (we had a new guest who own’s his own pastry company in New Jersey, who shared the best chocolate cake you can imagine!).

We did 250 hours worth of work!
In addition to our usual winterizing tasks we were able to make progress improving and beautifying the camp in

– Cleaning up old downed power lines, phone lines, and plumbing lines that were no longer in use
– Clearing debris from the lake trail between the Lodge and the Dining Hall
– Finishing over 30 curtains for Norman

So please consider this coming Spring Cleanup Weekend 2014 as we get ready for another summer here at camp, come and support, learn, grow, give, and get SO much Joy! All of it is in preparation for the immense amount of those same qualities that are shared during the summer with so many campers. And if you wanna come sooner, hey, there’s Winter Camp 2013!

One Comment on “Fall Cleanup “…esteem them very highly in love for their work’s sake. And be at peace among yourselves.””