It has been threatening to rain this afternoon but I have high hopes they are baseless threats.

Delving deeper into my exploration of the activities here at camp, I found myself today in a most tranquil state of mind as I drifted between classes. On a porch overlooking the serene lake I joined a group busy drawing their faces using graphite and charcoal, cozied up in rocking chairs and chatting to each other. As I approached they were beginning exercises concerning the shape of the nose. Apparently making a nose appear three dimensional requires a few tricks! 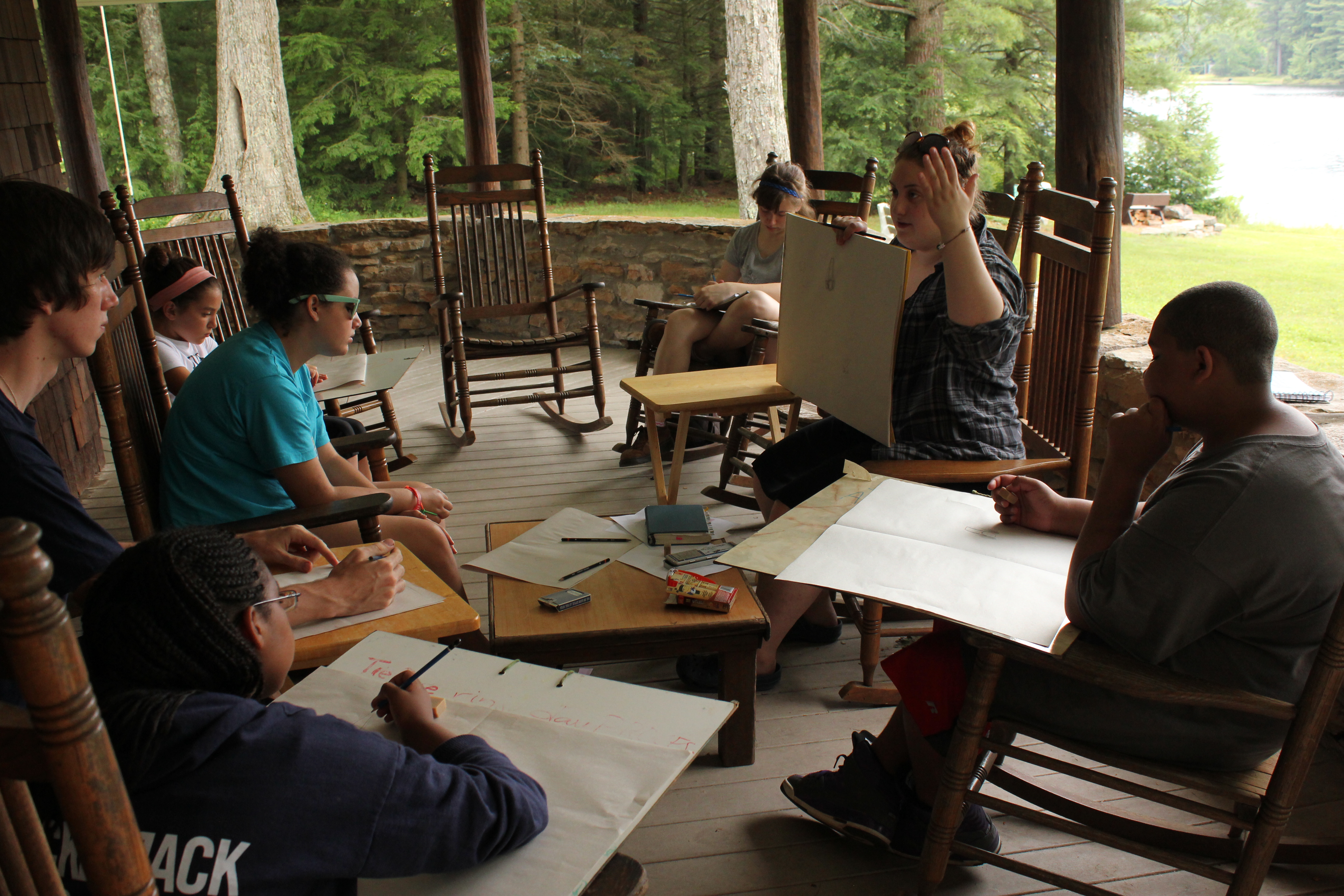 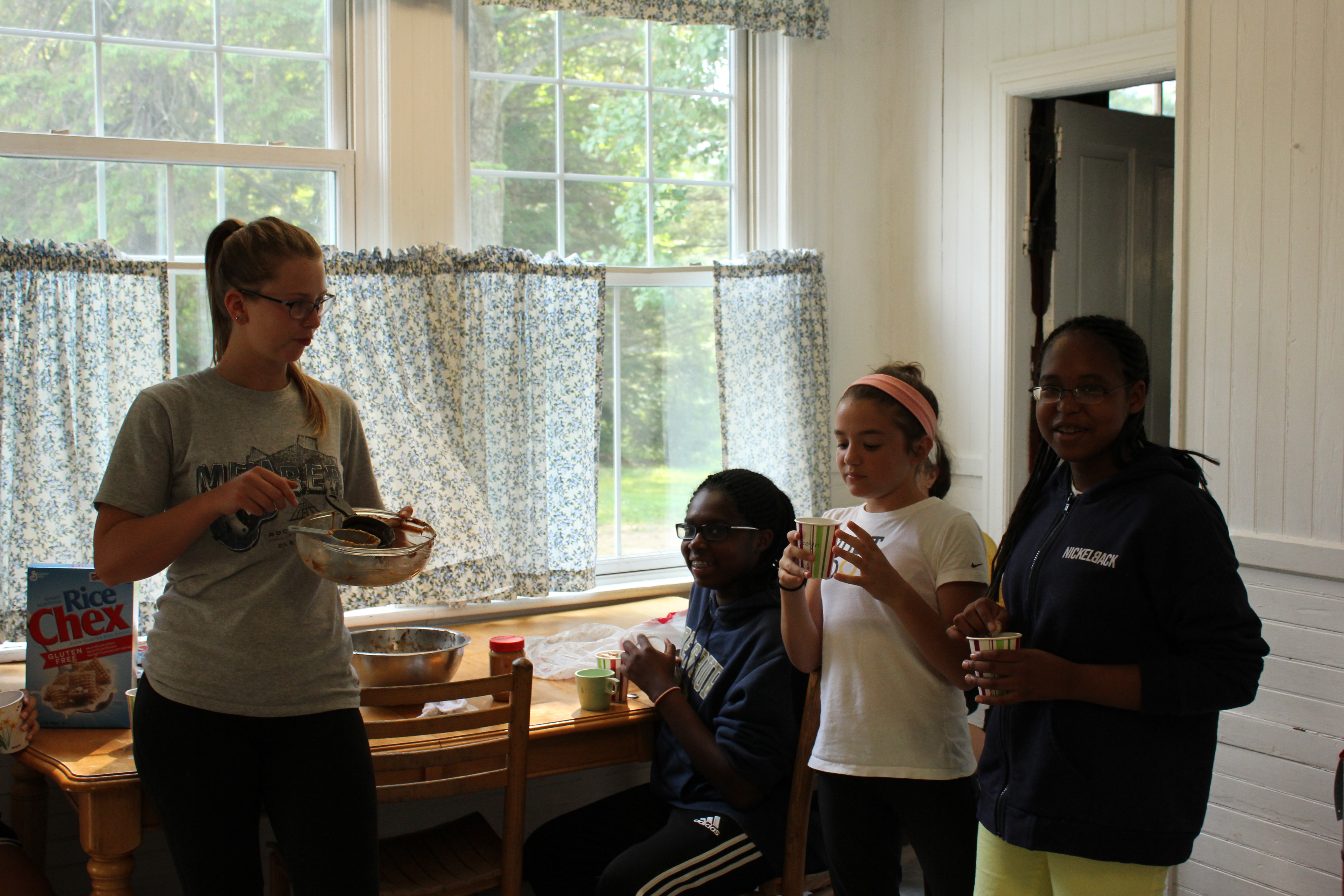 And then–and I could hardly believe my luck!– while attempting to find the bathroom I made a delightful discovery. Cooking class! You can imagine my excitement.They were making Trash! I shall explain: it is a delicious mixture of melted peanut butter and chocolate, slathered over chez and covered with powdered sugar. The air was virtually white with it as I arrived. We had to beat passers by out of the kitchen with a broom or it would have been gone in seconds. It was no help that the Executive Director’s office is mere feet from the kitchen. I consider this anthropological session to be very successful! 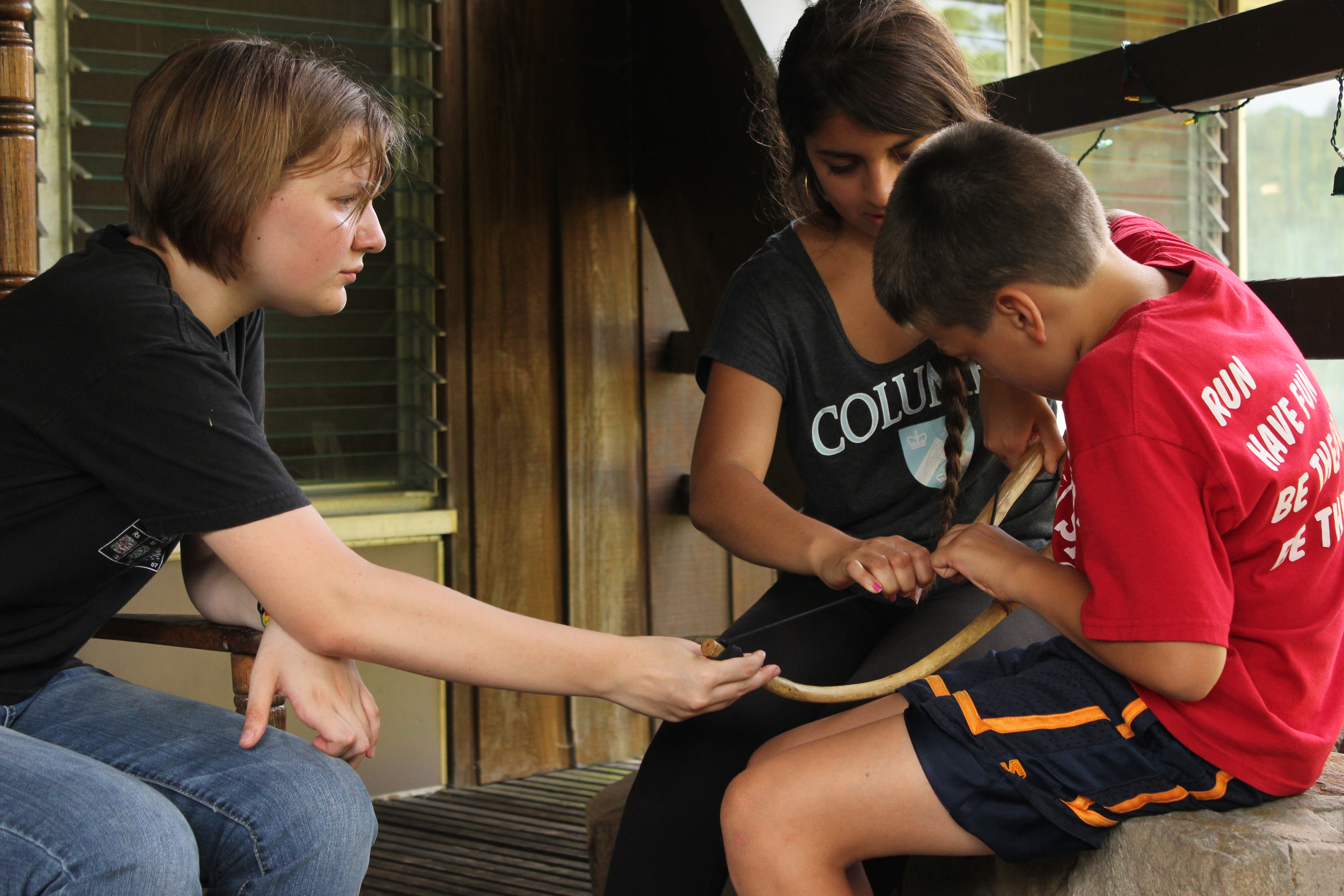 I decided I had better take a walk after all that eating. I didn’t get very far before becoming engrossed in a wondrous skill that a group was learning near the lake. Using only a wooden bow, a board, and a stick, they were somehow succeeding in making fire in under 30 seconds. This feat both excited and baffled me and I have yet to achieve, let alone perfect it. The instructor informed me that it was a sort of wilderness survival skill, and that this class specialized in those skills.

A valiant student I continue to practice but I am beginning to wonder if I may be just a bit short for the bow… More to follow!