In honor of Veterans Day today, Brian Humphreys gives us a glimpse into his training time during his military service and how Christian Science and his experiences at camp helped in overcoming obstacles. 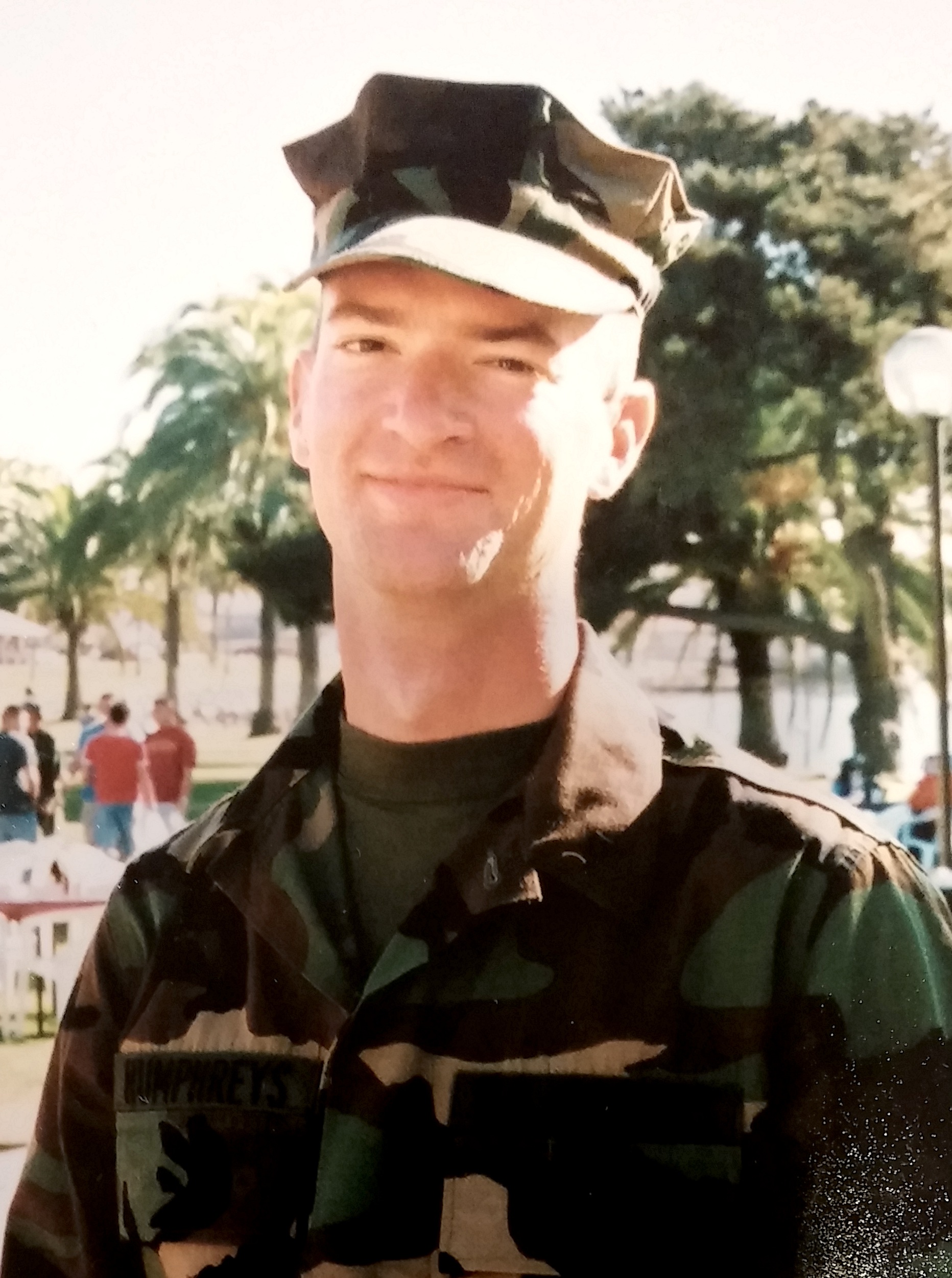 Brian just before graduation at boot camp in 2000.

Nothing quite prepares you for boot camp in the Marines.  Think of the tornado scene in the Wizard of Oz, only in color and you can’t click your boot heels together to go home.  My memories of the first few weeks are mostly a blur of recruits flying through the air like bald tumbleweeds inside a wind tunnel.  It begins the first night when recruits are hustled off the bus in the middle of the night and through the first paces of in-processing, which includes seizure of all contraband.  In the eyes of the Marine Corps, your hair – all of it – and the clothes on your back are contraband.

There are uniforms for everything.  Running.  Marching.  Taking a shower.  One is always switching between one or another of these, usually with a drill instructor counting down from thirty.  “Thirty, twenty nine, fifteen, four, three, OK you’re done!”  Of course, nobody is ever done, and the whole gaggle of recruits always appears to be running wherever they are supposed to go while attempting to tie their boots at the same time.

At some point we are marched into an auditorium.  Catholics over there.  Protestants over there.  It must be Sunday.  Somebody reads a list of smaller denominations.  Christian Science.  A dozen or so recruits go over to the drill instructor who will march us over to the meeting room, wherever it is.  It seems odd that there would be this many Christian Scientists in our Company of 600 or so recruits.  I recall that my college CSO adviser, a WWII veteran who came to Christian Science through a battlefield healing, used to do prison ministry work.  A lot of inmates would come to his meeting out of curiosity, or because they had never learned anything about religion growing up.  “Christian Science” had the word “Christian” in it.  Also, “C” was at the beginning of the alphabet, so it was the first Christian denomination at the top of the list.

I’m surprised to see a member of my platoon join the group.  We do not yet wear name tapes, and I only know the names of a few members of my platoon – the ones that get yelled at a lot.  Our waking moments are sufficiently regimented that it is not the least bit unusual to have never seen or talked to a member of your own platoon, even after nearly two weeks in the same open barracks.  We are marched into the room and told to sit down.  The drill instructor does an about face and stomps out.  And behold there was a great calm.  The Christian Science chaplain is an older gentleman who conducts services at boot camp and California penal institutions.

The chaplain opens by talking about the famous verse from the gospel of John.  “I can of mine own self do nothing: as I hear, I judge: and my judgment is just; because I seek not mine own will, but the will of the Father which hath sent me.”  Well, the chaplain reasoned with us, if Jesus himself could do nothing without seeking the Father’s will, where did that leave us if we relied upon our own will to do what we needed to do to get through boot camp?  It did not happen right away, but the prison walls of a place that seemed to be nothing but human will began to crack at that moment.

My platoon mate was a lifelong Christian Scientist, and we often found a moment or two over the next few months to remind each other that God was on the field with us.  We had little in common outside the Marine Corps and Christian Science.  I have not seen him since, but winding up in the same platoon was important.  Reflecting back on this experience as we approach Veterans’ Day, I can think of many occasions at camp where an awareness of God’s presence and power shared with others removed obstacles.  Mountains, both literal and figurative, that seemed impossibly steep became more surmountable when seen in the light of Truth.

Over the years, I have been to camp as a camper, counselor, staff member, and volunteer.  Whether I am there for a summer or just a few days, it always feels as if I have glimpsed some of this light in some way.  In going up the mountain to camp, we remove ourselves for a brief period from some of the material distractions the world presents and have the opportunity to work on the problems of being together.  Coming back down, we bring some of that experience in our work and life.  I graduated from boot camp in December of 2000 and spent roughly a decade in the Corps, including tours in Iraq and Afghanistan.  Having the camp experience of rising above the human perspective in everyday life, even if only by a few steps, was vital during this period of my life. 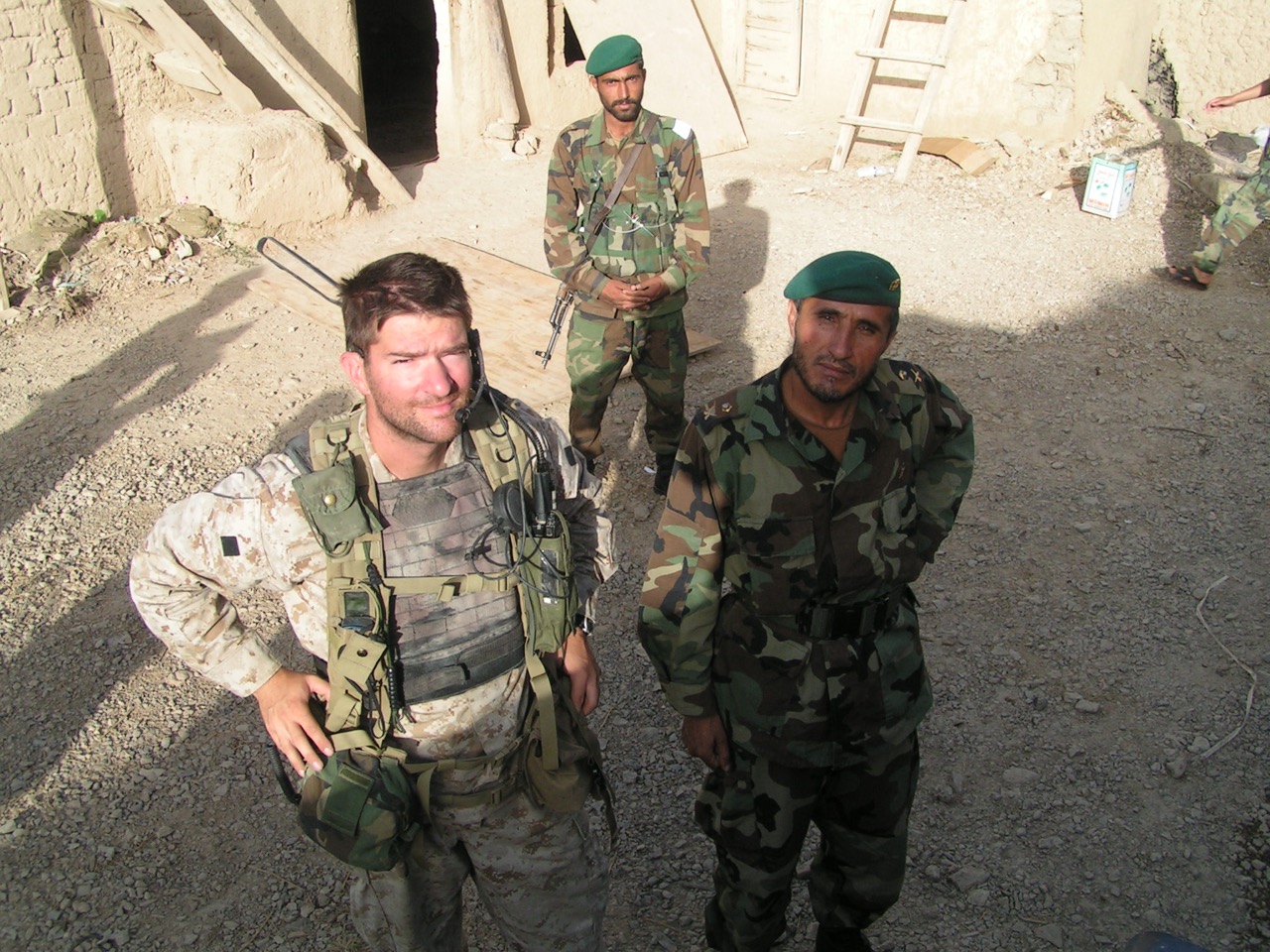 One Comment on ““I can of mine own self do nothing…””