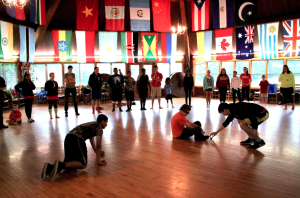 Today was the Fourth of July and it was a really fun and exciting day! I woke up, ran down to the kitchen, and as I opened the door I found myself in the middle of a battle! I had to dip, duck, dive, and dodge my way to the smell of deliciousness. The counselors were dressed as “red-coats” and we had an exhilarating foam dodgeball fight for our food!

Due to the rain, the whole camp gathered together in the Dining Hall to play many fun group games like “Foxtails”, “Ninja”, and “Yi Ha!”. All of these games honed our skills, preparing us for the afternoon ahead. 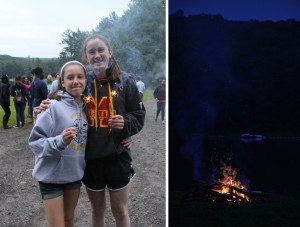 After lunch and an extended rest hour, the sun came out and we all lined up by cabins, ready for what awaited us next. All of a sudden total chaos broke loose when the staff ran off with the flag (bandana) for Flag Raising! It looked like another battle had started – this one being tougher than before – but we had to capture that flag!

Running up and down hills searching high and low for the flag, we tried not to be seen (we didn’t want to end up captured by the counselors!). As I continued to race along the mountainous terrain of the Pennsylvanian woods around me, I remembered a saying from the Bible: “The Lord will give strength unto his people; the Lord will bless his people with peace (PS. 29:11)” We finally won that battle against the staff and were able to have a proper flag raising altering capturing the flag back! 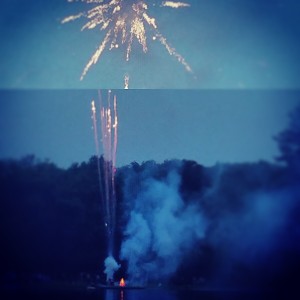 We became allies, and joined together again rejoicing over our victory with a barbecue picnic, apple pie, dancing, sparklers, a fantastic array of fireworks, and an amazing LT built bonfire that burned late into the night! The day closed with smiles on our faces for our Fourth of July was definitely a happy one for all!