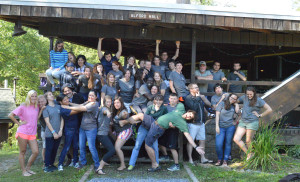 And somehow, it’s the final session of the summer. How it happened, I have no idea. But somehow, we are welcoming third session with gusto and love pouring from every nook and cranny.

We welcomed a bunch of new campers this session, many of them being from the UK which means most cabins are representing at least three countries in each cabin: England, Mexico and the United States. I mean, how cool is that?! (In my opinion, super cool). 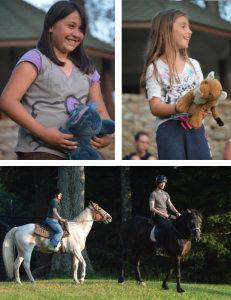 I’m in Atira now which is a bit of a switch for me because after being in Nikahu for four weeks, I’m having a hard time remembering to say, “Atira all present!” during cabin reports instead of, “Nikahu.” And though that’s funny and comical, it got me thinking about how many campers I’ve had in the last two years. See, I’ve grown up at camp these past eight years and last session it really hit me how these are the people I’ve grown up with and these are the people that have influenced my life the most.

I was watching a couple campers introduce themselves in my cabin the first day as all the campers were arriving and by the end of the day they were laughing so hard during dinner together that I was worried they wouldn’t be able to finish their supper. But how cool of an experience is that, to be such good friends only after a couple hours?

We did this activity during staff week that I’ll always remember. BJ, the camp director, told us to pair up with a staff member we didn’t really know and to tell each other three fun facts about ourselves. By the end of the activity, BJ said, “You’re now best friends. To some campers, that’s all it takes to start a friendship and that’s all it takes to keep one too.” That’s really been evident so far this session and even though it’s only been a couple days, those friendships are already forming full force.

And the super cool thing that always blows me away and reminds me of just how awesome Christian Science is, is that all these friendships are founded on the campers’ love and understanding of God and Christian Science. There’s this quote I’ve been working with all summer from Science and Health which states, “All things beautiful and harmless are ideas of Mind.” (S&H, p. 280: 6-7).  It’s a simple line that is so clear, but it reminded me just of how many examples of God’s love we see every single day. Every good thing that’s happened to make each camper laugh or smile or write home about what cool activity they did has come directly from God and the one Mind that God has bestowed in us. Again, I’m completely blown away.

The girls’ camp activity for the night was a heartwarming affair as we all brought one item that was important to us so that we could introduce ourselves with our name, how many years we’ve been coming to camp, where we’re from, and what significance the item has to us. Yes, there were lots of stuffed animals and lots of jewelry but each object had a story behind it and some of them were even related to camp. We had gifts that counselors had given campers, we had objects and pictures of memories counselors had from when they were campers, and we even had things campers had sent each other throughout the year which reminded lots of us how camp is always with us even when we aren’t swimming in Crystal Lake or running around the game field.

I’d say it’s shaping up to be a good session, but truth be told CLC Session III 2015 is already a rocking and ready to go session that is going to be amazing and filled with demonstrations of God’s love and support.