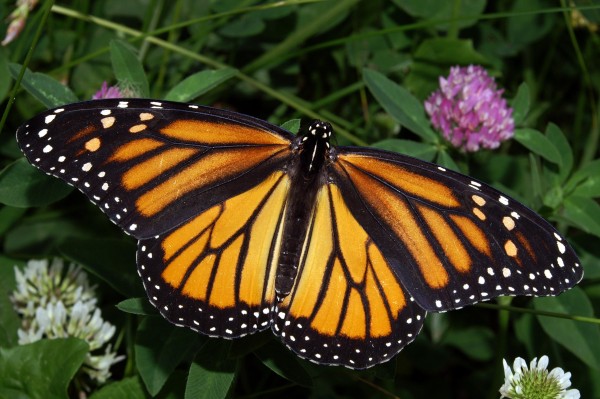 The most incredible journey in the natural world happens in North America each year from August through November. It is the migration of the Monarch Butterfly (Danaus plexippus).  Every year the Monarchs east of the Rocky Mountains, that emerge from their chrysalises in late summer, fly from their northern breeding grounds in Canada and the northern states over 2000 miles to their overwintering sanctuary in Mariposa Monarca Biosphere Reserve , 62 miles Northwest of Mexico City.

It is fascinating that this small (3.5 – 4.0 inch wingspan) orange and black veined insect has been accomplishing this feat for millennia. From all over Canada and the Northern United States, they know just how to navigate south, funneling through Texas to their wintering site in central Mexico. Furthermore, this journey is within a specific time frame.

One of the nearby towns to the Monarca Biosphere reserve, Angangueo, even celebrates their annual return with the Festival de la Mariposa Monarca (Monarch Butterfly Festival) in February. 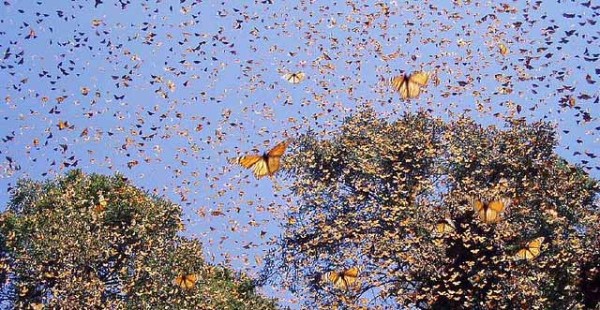 Once the butterflies reach the reserve, they hunker down clustering by the thousands on the pine trees along the slopes of the mountains, leaving occasionally to find nearby water or nectar.

They cluster on the trees to stay warm during cool nights. The trees which have absorbed the sun’s heat during the day radiate warmth in the evening, and the multitude of butterflies clinging to the limbs and to each other take advantage of this radiant heat to survive the chills of the winter months. They will occasionally do this clustering for warmth during their migration. I personally have seen these clusterings of Monarchs both in Illinois and on the New York shore of Lake Ontario during the hight of the migration. 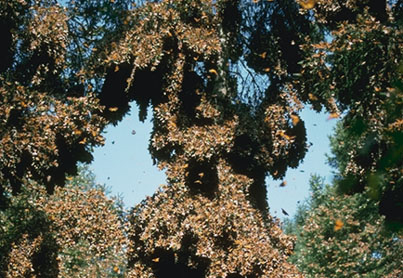 After wintering in Mexico, the butterflies and head back towards Texas in March. Instead of flying all the way back to the northern US and Canada, no individual butterfly makes the trip all the way north as is done on the trip south. Monarchs that over-wintered in Mexico make their way to northern Mexico and Texas, mate, then the females lay their eggs on milkweed plants and the parents die. The next generation makes its way to the southern states laying their eggs and dying. The next reaches the middle states and lower portions of the northern states and then the final generation flies on into the northern states and Canada. They achieve their final northern destination after four generations by late June or July.

It was not until 1975 that scientists discovered this incredible migration. One important method for determining its existence is the tagging and documenting of Monarchs. The tags are small round paper dots. On one side is microscopic information and on the other is an adhesive. The tag is stuck to the underside of the lower wing.  It does not hurt the butterfly nor impede its flight in any way. Many Monarchs have been found in Mexico that had been captured and tagged in Canada or northern states proving that individual butterflies do in fact accomplish an over 2000 mile migratory flight.

The University of Kansas has a Monarch migration research project that has been going on for years called Monarch Watch (www.monarchwatch.org). Lindsay and I and our sons participated in this research program when the boys were growing up. One butterfly that Lindsay and Andrew captured and tagged flew over 1000 miles before it was found, according to a letter we received from Monarch Watch.

There is a wonderful Nova special on the Monarch migration called The Incredible Journey of the butterflies, which is well worth watching.

It is now the last full week in September and the Monarchs have finished flying through our community in Rochester, New York. It is awesome to think that most of the hundreds of Monarchs Lindsay and I saw in meadows near Lake Ontario and in our backyard flew from Canada over 45 miles of open water to get to our area.  Many are now in Pennsylvania flying up and over the mountains near camp. I am sure many are making a stop at Crystal Lake, feeling the love that is ever-reflecting there.

Lindsay and I have friends who are doing the Monarch Watch tagging thing this fall so we decided to help. We went with our friends to a field of goldenrod 100 yards from the Lake Ontario shore. There were literally hundreds of Monarchs feeding on the golden rod. In about an hour, Lindsay and I and our two friends captured and tagged 39 butterflies. We even found two caterpillars on a milkweed plant in our yard.  We put them in a big Tupperware container with milkweed. Then over a two week period watched them grow, make chrysalises, emerge from their chrysalises, then when they were ready to fly, we tagged and released them.

Take time to look for and enjoy the beautiful butterflies that are in your local parks and your own yards before they leave ahead of the coming cold.

Also, while you are at it, please take time to stop and smell the flowers! 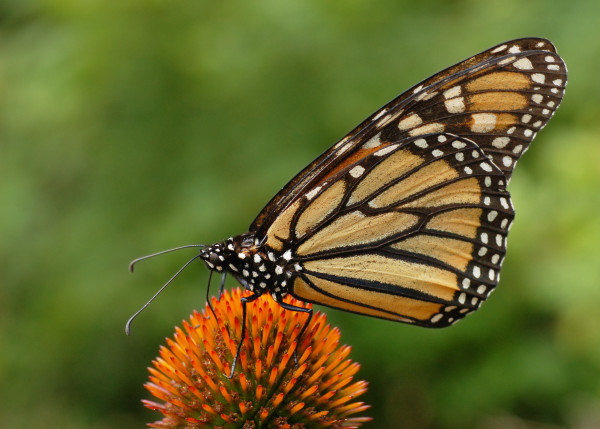