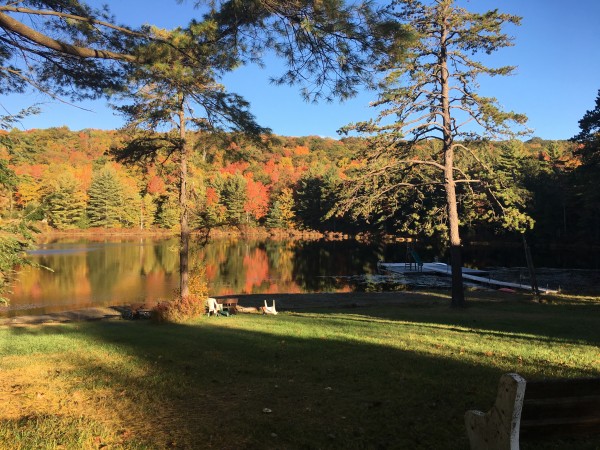 Let me start by saying that Alumni Weekend 2015 was FANTASTIC! The spectacular fall campus of Crystal Lake was second only to the delighted reunions of generations of campers and staff. It seemed like each colorful tree was celebrating our CLC friendships right along with us. Everywhere I looked Love was emanating like a beacon of joy on each and every leaf and face.

As I reunited with some of my dearest and longest-standing friends, I began to think of the camp song, Symbol of Serenity, and in particular the line, “Mirror of Eternity—Crystal Lake.” Memories flooded into my mind of activities shared together and shenanigans pulled at camp long ago. During these moments, the eternity of friendship began to take a more tangible shape in my thought and start to blossom in my heart.

The metaphysical theme for the weekend was, “For where your treasure is, there will your heart be also” (Luke 12:34). My blossoming heart was on its own treasure hunt last weekend – it was searching to redefine friendship and take it out of the human realm and into the immortal. As I watched people carve pumpkins, play Frisbee, perform in the talent show, and enjoy all the fun that is camp, I awakened to the deep sense of connectivity we have to each other and to God. It seemed that everywhere I looked, I glimpsed the Christ in action. Even with campers new to me, there was the omnipresent sense of eternal friendship.

The new friendships forged over the weekend were especially fun to witness in the children. And boy, did they have a blast! One day after lunch they spontaneously headed off together and spent five hours building an excellent shelter out of sticks, brush, and pine needles, furnished with a moss floor. The CITs have nothing on this shelter! As they effortlessly became fast friends, it became obvious that they were getting in on all this liberating love too. Even before the first breakfast, several of the kids individually decided that they wanted to give back to camp by volunteering in the kitchen to help the Alumni Board keep us fed in style and take a little of the load off of them as hosts. And what a help they were! 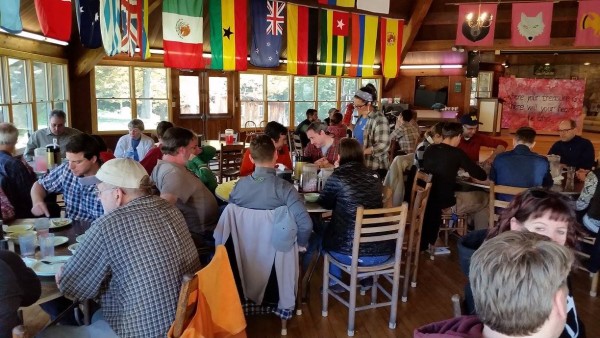 What I particularly loved as I carried this thought with me over the weekend is how my thought began to own the concept of friendship’s non-personal nature and its always existing as part of the mirror of God’s eternal nature. The complete willingness to help and share, the ability to make brand new friends, and the lack of self-consciousness, freed my thought from the human boundaries of cliques, age, and personality. Suddenly human norms seemed not only awkward, but blatantly wrong. This love, both expressed and felt, was so much more than based on the human circumstance of being at camp; it was the Christ opening doors in consciousness for everybody there to actively participate in the demonstration of Truth and Love.

Although during gratitude circle I was too choked up to speak, I’ll shout it out to you all now – how tremendously grateful I am to have been able to be at CLC’s Alumni Weekend! I have no doubt that if there was a mirror of God’s eternity, among many, many other things, it would look like us.