As the weather continued to get colder and snow became a part of the forecast, I went to work making my cabin into a cozy home that I could take refuge in while watching the pretty flakes fall outside. I made a list of warm soups I would make, had the cocoa and tea packets on hand, and outfitted my bed with new flannel sheets from LL Bean. I was all set – but nothing happened.

Of course we got a few flakes that turned into snow and left a few inches here and there, but it still wasn’t enough to open the Ski Center, which I heard had a great season last year. I also learned whatever snow we got in town, up here on the mountain it was usually ten degrees colder and would be a different forecast for us.

Then after one more snowfall, giving us that extra inch, the Ski Center opened for its first week! It was fun seeing the skiers slide by on the trails while I worked in the office, and watching them enjoy the beautiful outdoors we have here on this property.

I am from northern Michigan so I am no stranger to snow; however, the colder temperatures dropping into or below freezing was a bit of an adjustment. I felt a bit silly as I cranked the temperature up in my cabin and watched the heater kick in to warm my little place up. 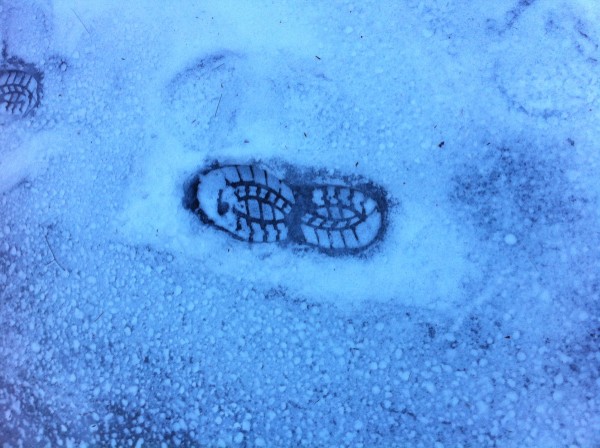 Even though we don’t have any snow right now, I am reminded that you can still have fun without the snow. I loved the groups who would tell me, “We are still coming, snow or no snow!” Despite the unstable weather conditions, there was still a lot of laughter, warm fires, and games enhancing the Lodge’s atmosphere. The kitchen was also busy as people decided on meal plans and who would take which night.

I love the aspect of community that the Lodge provides. I saw individuals come together in conversations because they shared the same living room space, kitchen, and bathroom. The care, interest, and conversation were constant and inviting throughout the whole weekend.

Personally, the most interesting thing I’ve done this winter was wear ice cleats after I learned I could not walk from Tanda to the Lodge (or anywhere else for that matter) because the camp road was pure ice with no snow on top to have a decent foothold.  Even though the Lodge is just a brief walk away during the other months, what can seem to be a challenge in the winter, with the right equipment can easily be handled with the right gear and the right attitude.