Yesterday morning I looked at the bird feeders in our back yard and there was a Crackle, several Starlings, and two Red Winged Black Birds. I was excited! All of these species do not hang around here (Rochester, New York) in the winter so . . . . . . they’re back. The spring migration has started and it is only March 5. 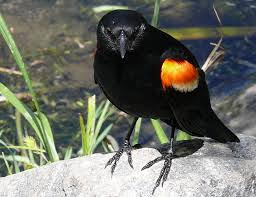 For a couple of years, I have been volunteering at a bird banding station located on Lake Ontario about 40 minutes north of my home. Here song birds are captured in fine mesh nets, retrieved, and taken to the station building where about a dozen observations and measurements are made. Then a small aluminum band is placed on their leg. The whole process from capture to banding takes about 30 minutes and then they are released. Then recaptured comparisons can be made using the same observations and measurements. Also, when and where the banded birds are recaptured is important information. I have the lowly but important job of recording the data as it is observed and measured by the certified bird banders. 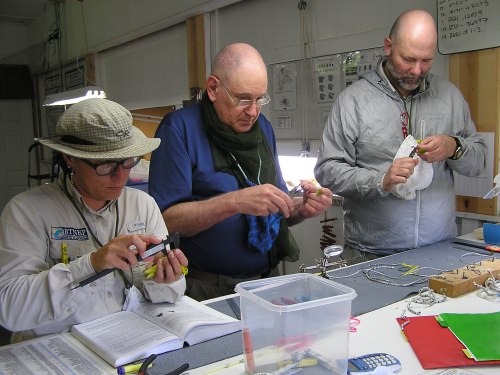 The data collected at this station goes into a national bird migration data bank. Researchers all over the world access this data bank to conduct hundreds of studies on song bird migration. Through these studies, findings are published about such things as the current health of different song bird populations, or details on how various species accomplish migrations over incredible distances (in some cases 3,000 – 4,000 miles), including their sensing of the magnet pole, geographic and astronomical clues, and in-flight communication. It is all fascinating.

When I started at the banding station, it blew me away to find out that the birds we captured fly en masse (flocks in the thousands of birds) at night! They stop in the woods and fields around the station for rest and to fuel up on the berries and bugs in this rich lake shore environment. Then when they are ready, they gather again en masse and fly across 40 miles of open water to Canada, and ultimately to their breading grounds. The reason they fly at night is to avoid hawks, falcons, and other aerial predators. How exactly they accomplish this feat is what scientists are trying to figure out and part of the reason for collecting data at our banding station.

There is a new full-length documentary movie called The Messenger that is about the migration of song birds. It is concerned with what song birds have to tell us about how mankind detrimentally effects our environment. It has terrific footage of song birds in flight.

I have had some extraordinary revelations about the annual song bird migration. For instance, at the banding station a few years ago, a male Wilsonʼs Warbler was being measured and I was writing down the data. It had been captured with a band on it so the certified bander examining him asked that the number be looked up in the database. This little bird had been captured at our station and the band on itʼs tiny leg placed there the spring before, almost one year to the day that we were now looking at it. It had found its way to exactly the same spot at almost exactly the same time a year later, and it had done so by flying over a thousand miles. On top of all this, it was getting ready to continue flying north over Lake Ontario, 40 miles of open water, to Canada. The awesome wonder of nature – Godʼs creation – was brought home to me in that moment. 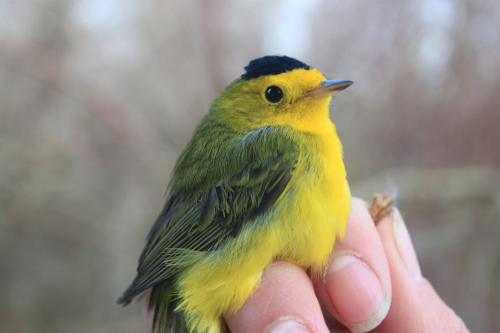 Many of the birds we band at the station migrate through or nest at Crystal Lake Camps. At the camps, I have seen and heard Black and White Warblers, Common Yellow Throat Warblers, Blackburnian Warblers, not to mention Eastern Phoebes, Hermit Thrushes, Scarlet Tanagers, and Baltimore Orioles. Most of these species have a diet primarily of small insects that they pick off the ground or off the bark, leaves, and needles of trees and shrubs. If you go with me on a nature hike this summer we might hear or spot some of these beauties.

For now, spring is coming, the birds are migrating, and the forest plants are stirring. In a few more weeks, if youʼre out in the woods, take time to stop and smell the spring flowers! 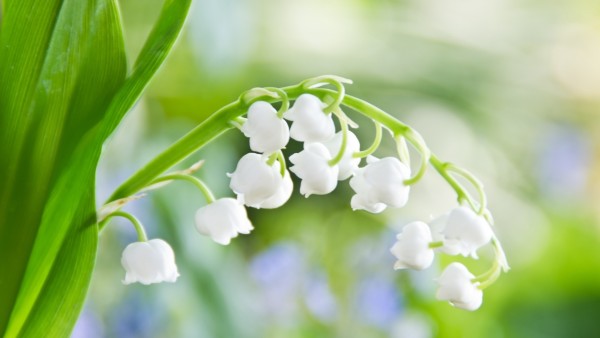