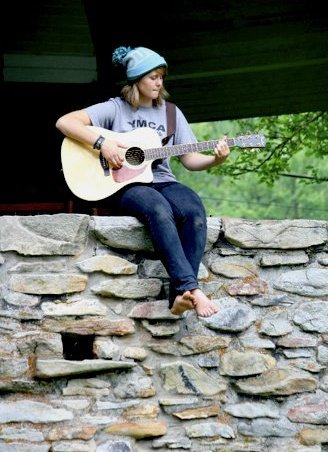 From the moment I was born into this world, I knew I was a drummer. I can remember drumming along to songs in the car as little kid, breaking out some pots from the kitchen, and daydreaming about the wicked drum solo I’d do on stage of a huge concert. My heart beat for the drums.

My second summer at camp in 2005, I signed up for a class called School of Rock. I told the teacher that I’d like to play drums, and he agreed and said that would be fine. Hallelujah! My drumming career is starting! I knew it – I wasn’t just some 12 year old girl, I was a rockstar. A drumming one.

The first day of class went like this: I walked in, eyeing the drums. The two teachers talk a little bit. I’m still eyeing the drums. More talking from the teachers. The teacher walks over to me and hands me a… guitar!? What!? I didn’t sign up for this! I knew nothing about the guitar and I didn’t want to. My little hands were meant to beat and crash a drum kit.

With my broken heart, class finally ended, and I was a little upset. I considered moving to a different class that period, but decided to just stick with it and start taking drum lessons when I got home.

On the second day of class, I learned my first scale. We sat under a tree by the lake, and worked away, trying to get our fingers used to pressing hard on pieces of metal. It was tough, but it wasn’t terrible. Maybe guitar wouldn’t be such a bad thing.

The next day we started learning some simple songs. Again, this wasn’t terrible. Maybe I was even enjoying myself. 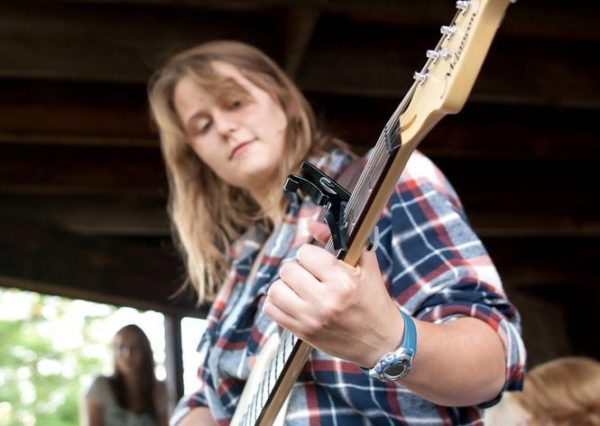 The day after that we picked out a song that we wanted to perform for the talent show, and practiced important skills on how to perform in front of an audience, like power stance and what cool rock clothes to wear.

At different classes during the day, I’d catch myself thinking about the songs we were learning and thinking about my hands moving around the guitar. Maybe I wasn’t a drummer at heart, but a guitarist.

Talent show finally arrived and we performed the killer song we wrote. I think our band name was The Blueberries?

School of Rock became my favorite class. I loved walking in and people playing music already and then jamming along with them when I picked up the guitar. I loved it. Everything about it. 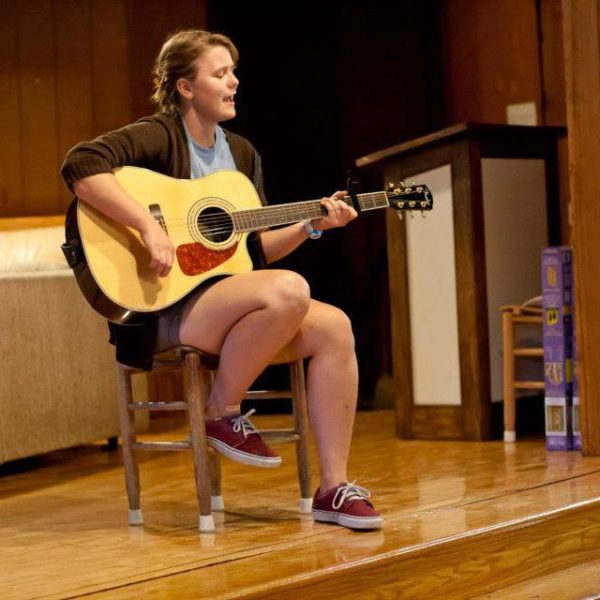 The thing I love about camp is, you never know what you’re going to learn. I had never had any intention of picking up the guitar, but if it hadn’t been for camp, I don’t know if I would have ever found it. This was an important lesson because it taught me that just because I didn’t think something was right for me, didn’t mean that it wasn’t. Guitar was so the right answer and I had no idea. I just had to wait and see it unfold.

When the summer ended, I started taking guitar lessons at home and practicing every day. By the next summer at camp, I had improved immensely and was able to sign up for the advanced School of Rock class. I became a guitarist. My heart was always a guitarist.

Years later as a CIT, I was able to co-teach with School of Rock legends Taylor Dankovich and Steve Bailey. As a counselor I took over the class myself and taught it for several years.

Playing music at camp has made countless memories. From my first time performing in front of an audience, writing songs about inchworms with campers, to playing ukulele on a 30 mile hike the whole way through and going on a music overnight and playing three full days, to finally going back under that same tree where I learned my first scale and teaching it to campers just picking up the guitar for the first time. Because of music at camp, my life has been changed forever – and for the better! 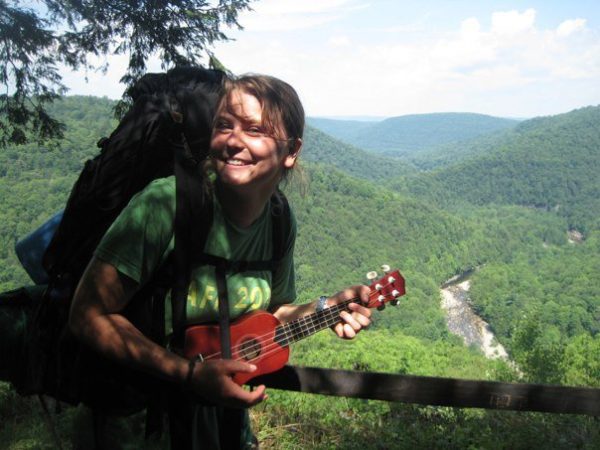