Mis. 251:12
“To-day we commemorate not only our nation’s civil and religious freedom, but a greater even, the liberty of the sons of God, the inalienable rights and radiant reality of Christianity, whereof our Master said: ‘The works that I do shall he do;’ and, ‘The kingdom of God cometh not with observation’ (with knowledge obtained from the senses), but ‘the kingdom of God is within you,’ —  within the present possibilities of mankind. ”

We seem to live in a world rife with inequalities, that seem to run unchecked in our society and the world, with racism, religious intolerance, denigration of women or discrimination due to one’s sexual orientation and identity, to name a few. So what is one to make of all this, and how can one take this on in Christian Science?

In the New Testament, Paul was a radical, possibly second only to Jesus in his controversial way of thinking. When he was transformed, his eyes were opened to the Christ. He was imbued with the Holy Ghost, and went on to see more clearly than all the other apostles that all men are created equal. Love had transformed him, and suddenly he had a deep need to embrace all mankind. He wrote, “Lie not one to another, seeing that ye have put off the old man with his deeds; And have put on the new man, which is renewed in knowledge after the image of him that created him: Where there is neither Greek nor Jew, circumcision nor uncircumcision, Barbarian, Scythian, bond nor free: but Christ is all, and in all. Put on therefore, as the elect of God, holy and beloved, bowels of mercies, kindness, humbleness of mind, meekness, longsuffering; Forbearing one another, and forgiving one another,…” Col. 3:9-13 (to 2nd ,) He broke from the typical Christians of the times and went out to preach the word and heal throughout the known world, regardless of the Judaic beliefs of ritual cleanness. Suddenly he saw all mankind as God’s creation and therefore capable of repentance, spiritual baptism and salvation. He was building on the work of the Messiah, because Jesus himself worked this way in healing Samaritans and the Centurion (and his family members).

Fast forward hundreds of years to19th century America, which was a period of amazing realization of freedom in our country, which would have repercussions through the following centuries and across the globe. But the most freeing and transformative change that took place in this period was the revelation of Christian Science, with its realization that all reality is spiritual, which includes an inherent freedom for all.

In Science and Health with Key to the Scriptures Mary Baker Eddy wrote, “The law of the divine Mind 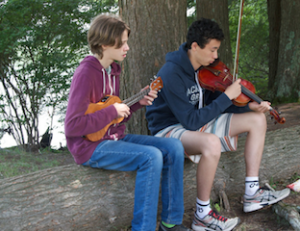 must end human bondage, or mortals will continue unaware of man’s inalienable rights and in subjection to hopeless slavery, because some public teachers permit an ignorance of divine power, — an ignorance that is the foundation of continued bondage and of human suffering. Discerning the rights of man, we cannot fail to foresee the doom of all oppression. Slavery is not the legitimate state of man. God made man free. Paul said, ‘I was free born.’ All men should be free. ‘Where the Spirit of the Lord is, there is liberty.’ Love and Truth make free, but evil and error lead into captivity.” SH 227:7-20

Mrs Eddy saw that when men and women thought of themselves as mortals they tended to fall into subjection to material limitations are were therefore in bondage to the beliefs of sickness and sin. Thus the importance of striving to live more spiritually in our daily actions. Not only being faithful to God but to our fellow man. Jesus spoke out plainly about this. When asked what was the most important commandment, he said “Thou shalt love the Lord thy God with all thy heart, and with all thy soul, and with all thy mind. This is the first and great commandment. And the second is like unto it, Thou shalt love thy neighbour as thyself. On these two commandments hang all the law and the prophets.” Matt. 22:37-40

In the book First Church of Christ, Scientist and Miscellany Eddy expounded on this. “Striving to be good, to do good, and to love our neighbor as ourself, man’s soul is safe; man emerges from mortality and receives his rights inalienable  — the love of God and man. What holds us to the Christian life is the seven-fold shield of honesty, purity, and unselfed love.” My. 200:14-19 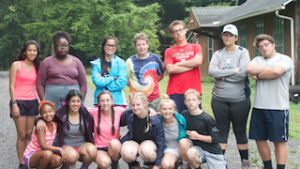 In II Cor. 6:2 Paul wrote “…behold, now is the accepted time; behold, now is the day of salvation.“ Now is the time to express that loving kindness. To see the equality of all man and to stand up for that equality, because right now that is the way God sees each and every one of us.

“Christian Science raises the standard of liberty and cries: ‘Follow me! Escape from the bondage of sickness, sin, and death!’ Jesus marked out the way. Citizens of the world, accept the ‘glorious liberty of the children of God,’ and be free! This is your divine right.” SH 227:21-26