The summer of 2005 is when my true passion revealed itself to me. I was 12, messy haired, loved playing basketball, The Beatles were my favorite band, and CLC was the place I loved to be most. I had no clue that summer at camp would change who I am so drastically, but it did. 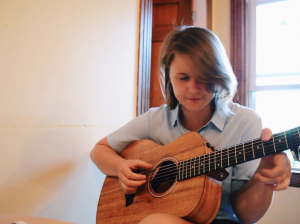 I’d arrived at camp with several classes I knew I wanted to take: basketball, photography, school of rock, and mountain biking. I was pumped! When the day came to pick the classes, I got all of them I wanted, and the teacher of school of rock told me I could play drums, which in my heart I knew I wanted to do more than anything else. It had always been a dream of mine to play the drum kit–I’d imagine myself on stage with thousands of people in the audience, listening and cheering to my epic drum solo.

Finally, first day of classes. First period: I headed off to mountain biking where I learned how to use the back brake of my bike, not the front brake, when going down hills.

Second period: photography – where I was able to hike around the lake with some pals and take photos with my disposable camera I’d purchased from the camp store. 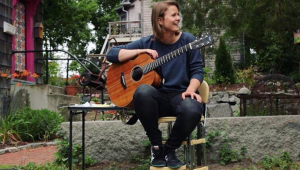 Third period: school of rock, where I was handed a guitar and not the drum sticks? I distinctly remembered the day before being told I’d be the drummer of the band. The guitar wasn’t a good fit, and I knew it. What about my epic drum solo I was going to perform for thousands of people?

Fourth period: basketball, where we practiced lay-ups and dribbling, and where I felt a little down in the dumps about not getting my instrument of choice.

The second day of classes rolled around, and I was excited, but still thinking about the drums. Third period came and I was off to school of rock. When I arrived to class, I thought about telling my teachers how badly I want to play drums. Should I do that, or I just wait until next year and suffer through learning the guitar now? I chose the latter. That day of class, we separated by instrument, and I was off with the guitarist where we sat under a tree and learned the pentatonic scale. It was so strange. I never had to move my fingers like that, but I wanted to keep practicing.

The third day of classes is when the band and myself learned about power stance and power chords. It wasn’t actually half bad, and we sounded pretty good. I even started to like playing the guitar a little bit.

The fourth day of classes we started to write the song we’d perform at the talent show, and I imagined myself playing an incredibly smooth guitar solo for thousands of people. Maybe guitar was something I could stick with.

The day of the talent show arrived, and the band looked awesome. We were sporting our best rocker outfits that could be found in Wigwam, and we had a 5th period class exclusively for school or rockers for extra practice. We were ready.

It was so much fun being on stage and showing the whole camp the music we had created. I loved it, and didn’t want it to end. When the session of camp was over, and it was time to head back home, I really wanted to keep playing the guitar. I asked my mom if I could take lessons, and she kindly agreed that that’d be a good idea. 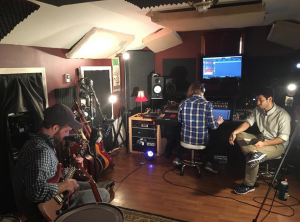 all over Boston. I took over the school of rock class as a counselor at CLC, and helped campers learn there first chords and scales.

My heart is filled with so much gratitude for CLC for all the blessings it has brought to me, and music is at the top of that list.